The Senate has urged President Muhammadu Buhari to declare bandits ravaging the North West and other parts of the country as terrorists.

The Senate has urged President Muhammadu Buhari to declare bandits ravaging the North West and other parts of the country as terrorists.

The Upper Chamber also called on the President to declare known leaders of bandits in the country wanted and track them wherever they are for arrest and prosecution.

It also urged the President to direct the National Emergency Management Agency (NEMA) to urgently support all victims of banditry in Sokoto and other parts of the country.

These resolutions of the Senate followed its consideration of a motion titled: “Banditry in Sokoto State particularly Sokoto East Senatorial District” sponsored by Senator Ibrahim Gobir. 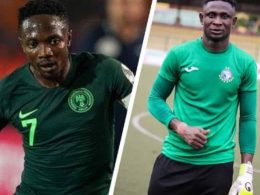 Super Eagles Captain Ahmed Musa, has clarified that Super Eagles Goalkeeper John Noble, submitted the wrong dollar account and that was why he hasn't been paid his AFCON $25,000 bonus.
byTayo Aderinola
No comments

Lagos State House of Assembly on Tuesday passed a resolution urging President Muhammadu Buhari and the National Assembly to come up with a Bill for inclusion of state police in the Constitution.
byLateef Idris
No comments 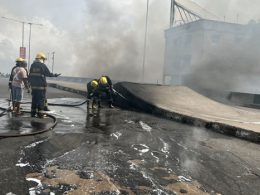 Following the fire outbreak at the Apongbon axis of the Eko Bridge in the early hours of Wednesday, the Lagos State Government has shut the bridge.
byTayo Aderinola
1 share
1
0
0
No comments 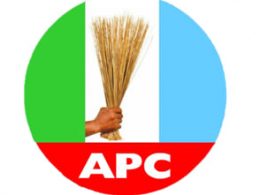 The All Progressives Congress (APC) Lagos chapter has set up peace and reconciliation committees to meet the party leaders, aspirants, members and other relevant stakeholders in the state over issues emanating from the party's primaries for the local government elections scheduled for 24th July, 2021.
byTayo Aderinola
No comments