Sokoto state Governor Aminu Tambuwal’s commissioner for lands, Mohammed Bello Abubakar’s bid to frustrate his trial by the Economic and Financial Crimes Commission, reached a dead end today, as the Appeal Court threw out his case.

The Court of Appeal Sokoto Division dismissed two appeals filed by Abubakar against the EFCC in respect of ruling delivered by the Federal High Court Sokoto presided over by Justice R.M Aikawa for the admissibility of some documents presented by Commission in the trial of the appellant.

The appellant in two separate appeals, had urged the court to set aside the ruling of the lower court which admitted some documents presented by the EFCC but the appeal court today ruled that it will not entertain any further  interlocutory appeals until the matter is determined by the lower court.

Abubakar was arraigned by the Commission on 7 April, 2014 alongside his brother, Abdullahi Abubakar and three companies  before Justice Aikawa for alleged abuse of office.

The offences were committed while he was permanent Secretary Ministry of Local Government and Chieftaincy Affairs  and the second defendant a Director in the same Ministry  in the administration of the former Governor Aliyu Wammako.

During the course of trial on 12th, 13th, and 14th, of January 2016, the prosecuting counsel, Sa’idu Atteh through PW1, presented some documents which was objected by counsel representing the defendants.

After listening to the arguments by the counsel on the admissibility of the documents,  Justice Aikawa delivered a ruling on March 10th, 2016 with some documents admitted while others were rejected.

The first defendant being dissatisfied with the ruling, approached the court of appeal Sokoto division seeking for an order setting aside the ruling of the lower court.

In a ruling delivered by Justice Usaini Mukhtar, leading Justices Mohammed Lawal Shuaibu and Fredrick O. Oho, both appeals were dismissed and the appellant ordered to go back to the lower court for trial.

“If either party is not satisfied with final verdict of the lower court should then approach the court of appeal and make an appeal once and for all”, the court ruled.

The court relied upon Rule 4 (e) of the Practice Direction of the Court  of Appeal  (Fast Track) 2014, which discourages interlocutory appeals until the final verdict has been delivered by the trial court.

This is the second of many attempts by the appellant to frustrate his trial.

The Fiat was later countered by a letter dated 5th May, 2017 from the Director of Public Prosecution of the Federation which said that the Attorney General of Sokoto State has no power to take over the matter.

The request was granted by the Chief Judge of the Federal High Court. 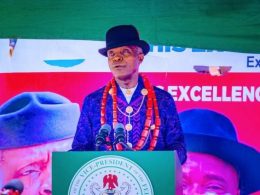 Despite the squelching of the rumour that Vice President Yemi Osinbajo would make a pitch for the presidency today, intense pressure continues unabated.
byLateef Idris
No comments 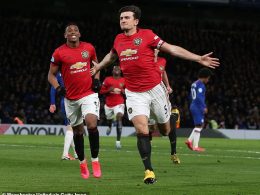 Manchester United survived blowing another half-time lead to open up a four-point advantage in the race for a top-four finish in the Premier League with a thrilling 4-2 win at relegation-threatened Leeds.
byLateef Idris
No comments 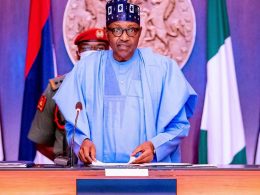 Terrorists not too distant from immediate communities, we should expose them – Buhari