The Federal Government on Monday assured that youths, women, vulnerable and other critical stakeholders would be strongly involved in the 2022 UNFramework Convention on Climate Change (UNFCCC), COP27, in Egypt.

The Federal Government on Monday assured that youths, women, vulnerable and other critical stakeholders would be strongly involved in the 2022 UNFramework Convention on Climate Change (UNFCCC), COP27, in Egypt.

The Minister of Environment, Mr Mohammed Abdullahi, gave the assurance at a Pre-COP/Climate Justice Torch Campaign by some groups of Non-Governmental Organisations (NGOs) in Abuja.

The aim of the convention is to meet with some environmental experts from other countries to discuss how to combat dangerous human interference with the climate system on environmental issues and how such challenges could be address effectively.

Abdullahi said that the involvement of the youths, women and the vulnerable would provide opportunity to discuss and exchange ideas that would support strong implementation of crucial programmes and policies in the sector.

“The ministry is assuring that in the COP 27, the government will welcome the youths and women and other gender related activists to ensure that they make their voices count.

“The issues of loss, damage adaptation, climate finance, drought and other environmental challenges are all going to be addressed at COP 27.

“The protest is more like a friendly fire. Africa is suffering from all the climate change activities of the developed world.

“The ministry of environment is driving the COP 27 response from Nigeria this year,” he said.

Abdullahi said that the campaign by the organisations was actually pushing and energising the ministry to do what was supposed to be done.

“We have heard your voices and your advocacies which will be attended to,” he said.

Mr Stephen Abu, Programme Manager, CSDevNet, said that the essence of the campaign was to ensure the involvement of vulnerable, women and youths at the COP27.

Abu said that the voices of the marginalised, the oppressed, the vulnerable, the people from the rural communities should be heard at the convention and must be attended to.

“We have our messages clearly spelt out to the minister that as we head to COP 27, the climate disaster must be addressed effectively.

“The disaster which has damaged many property, claimed lives in Nigeria, ranging from drought in the North, to the issue of flooding in about 21 states must be attended to at the COP 27.

“We are calling on the government that the issue of adaptation, loss and damage and issue of climate finance is critical to us in Nigeria and Africa as well,” he said.

Mrs Precious Kpenerriber, Executive Director GIGES, said that female gender should not be left behind.

“We are asking for justice for women, for the girls, for effective menstrual sanitation and hygiene, they are also affected.

“Flood, drought and other environmental issues have really destroyed our environment, thereby affecting the farm land of our poor women farmers.

“The impact of the flood is disastrous and most of the people affected are women and youths, leaving them homeless and stranded.

“These people deserve justice and compensation for the loss and damage,” she said.

Also, the Executive Director of GERRI, Mrs Elizabeth Jeiyol, said that flood has stripped most affected children from access to education in the country.

“We are calling out to the ministry to give assurance that at COP 27, the rights and interests of the people at the grassroots communities will be defended.

“We also want the voices of these people to be heard and we are demanding justice for them.

“They deserve climate justice and need resources to adapt to the impact of the crisis,” she said. 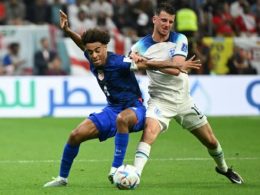 England missed a chance to book their place in the World Cup last 16 as Gareth Southgate’s side produced a limp display in their 0-0 draw against the United States on Friday.
byTayo Aderinola
No comments 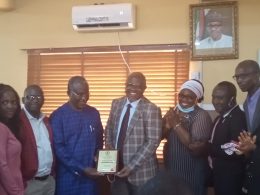 LASPEMA to partner NITP on profiling, mapping of urban spaces

The General Manager, Lagos State Planning and Environmental Monitoring Authority (LASPEMA), Tpl. Daisi Oso, has underscored the need to strengthen the regulation and monitoring of Lagos Urban Spaces as well as the activities of the informal sector, through an effective collaboration with the Nigerian Institute of Town Planners (NITP).
byLateef Idris
No comments

Construction of the ancillary road infrastructure leading to the Free Zones in Ibeju Lekki will kick off in the coming months.
byTayo Aderinola
No comments

Femi Joseph, spokesman for the police in Ondo state explained that Mrs Funke Olakunrin was killed by suspected…
byTayo Aderinola
No comments