THE National Agency for Food and Drug Administration and Control (NAFDAC) has issued a five-point directive to Emzor Pharmaceutical Company and two others in furtherance of the agency’s investigation of the case of illegal codeine cough syrup distribution in the country.

Part of the directive was the arrest of the absconded Business Development Manager implicated by the BBC documentary, titled “Sweet, Sweet Codeine,” who was said to have been sacked by the company and the invitation of the company’s Chief Security Officer for interrogation.

A week ago, the Isolo, Lagos headquarters of Emzor Pharmaceutical Company, where the syrup was manufactured and the factories of two other pharmaceutical companies, namely Peace Standard Pharmaceutical, Bioraj Pharmaceutical were shut down by the agency, following the discovery of unethical distribution of codeine cough syrup, which has fuelled a spate of codeine addiction among young people.

But the Director General of NAFDAC, Professor Mojisola Adeyeye, in a statement made available to Saturday Tribune, said that the shutdown has been lifted for the companies to resume normal operations, adding that her team will pursue the case of illegal codeine syrup distribution in the country to a logical conclusion.

“The shutdown of the three companies has been lifted and the normal company operation can resume. However the companies have been given the following sanctions: All production of codeine syrup should be stopped immediately until further notice.

“The hold placed on the active pharmaceutical ingredient and the already made codeine syrup stands. NAFDAC will continue to monitor compliance. All codeine products are to be recalled and the process verified through audit trail verified by NAFDAC,” she said.

Reeling out the directives on Emzor Pharmaceutical Ind LTD, Adeyeye said “the agency would arrest, if need be declare as wanted, and investigate the sales representative indicted in the BBC documentary to ascertain his level of culpability in the illegal distribution of codeine cough syrup.”

Taking questions from newsmen following NAFDAC’s directives, the legal counsel of Emzor Pharmaceutical Company, Wunmi Odejobi, said, “Before the press statement (by NAFDAC requesting the arrest of the man), we had already reported the matter to the police and done what we should have done ideally.

“And when we were asked to give details of the staff, we granted that, we turned the whole of his personal details to NAFDAC and so there isn’t anything we should comply with which we haven’t done.” 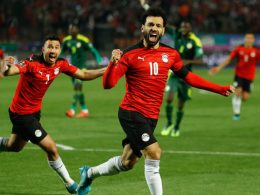 A fourth-minute own goal by Senegal's Saliou Ciss was enough to give Egypt a 1-0 win in the first leg of their World Cup play-off in Cairo.
byLateef Idris
No comments 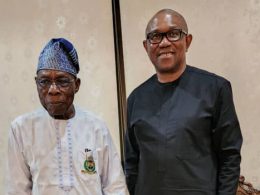 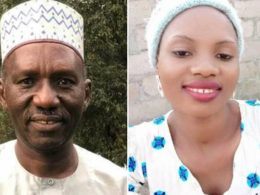 The Bauchi State Commissioner for Education, Dr. Aliyu Tilde, has backed the gruesome murder of Deborah Samuel, a female student of the Shehu Shagari College of Education, Sokoto State, by her colleagues over alleged blasphemy.
byLateef Idris
No comments