Manchester City teenager Rico Lewis marked his first senior start with his maiden goal for the club as City came from behind to complete their commanding Champions League group stage with a 3-1 defeat of Sevilla on Wednesday.

Manchester City teenager Rico Lewis marked his first senior start with his maiden goal for the club as City came from behind to complete their commanding Champions League group stage with a 3-1 defeat of Sevilla on Wednesday.

With the prolific Erling Haaland absent again, Argentine striker J﻿ulian Alvarez and Riyad Mahrez also impressed as they got on the scoresheet but the night belonged to Lewis.

City were already confirmed as Group G winners and Sevilla assured of the third spot, and Pep Guardiola made seven changes to his starting line-up with 17-year-old right-back Lewis seizing his opportunity at the Etihad Stadium.

Rafa Mir gave Sevilla the lead in the 31st minute with a pinpoint header past City reserve keeper Stefan Ortega.

But Lewis, who was joined in the starting side by 20-year-old Cole Palmer, levelled in the 52nd minute when he ran on to a slide rule pass by Alvarez and lashed a right-footed shot into the net.

In doing so Lewis, aged 17 years and 346 days, became the youngest player to score on his first Champions League start, breaking the record held by Karim Benzema who was 17 years and 352 days when he scored for Lyon.

Alvarez then produced a composed finish to put City ahead in the 73rd minute, taking the ball around keeper Yassine Bounou and firing into the top of the net after being played in by a sublime pass from substitute Kevin de Bruyne.

Mahrez then sealed the victory with a clinical finish after another assist by Alvarez.

City won the group with 14 points with Borussia Dortmund also going through to the last 16 as runners-up. 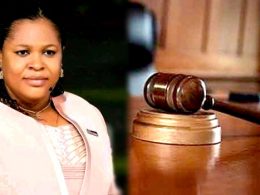 A Federal High Court sitting in Lagos has approved the appointment of Mrs Evelyn Joshua as a trustee of the Synagogue Church Of All Nations (SCOAN).
byLateef Idris
No comments 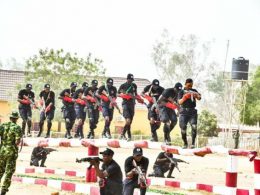 The National Drug Law Enforcement Agency, NDLEA, at the weekend scaled up its preparedness to wage relentless war again drug cartels in Nigeria when 650 officers of its Strike Force unit graduated from the Nigerian Army School of Infantry, NASI, Jaji, Kaduna state after weeks of rigorous specialised trainings.
byLateef Idris
No comments

The African Finance Development Bank (AFDB), is putting machinery in place to site the largest Agro-Processing Zone in…
byTayo Aderinola
No comments 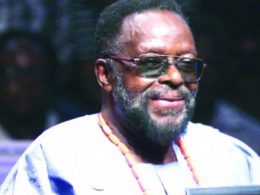 Veteran Nigerian actor, Lari Williams is dead. Williams, who was popular for his roles in hit soap operas such as Village Headmaster, Ripples, and Mirror in The Sun, died on Sunday at his home in Ikom, Cross River State, Southsouth region of Nigeria. He had been ill for a long time.
byTayo Aderinola
No comments