Experts have said the request by the Central Bank of Nigeria (CBN) that the MTN Group should refund 8.1 billion dollars illegally repatriated from Nigeria will jeopardise the listing of its shares on the Nigerian Stock Exchange (NSE).

The MTN Group rejected the accusation.

The Securities and Exchange Commission (SEC) said it had not received any application from the MTN Group regarding its proposed initial public offering (IPO).

He said he expected a resolution on the matter to avoid a systemic banking crisis, given that the repayment of 8.1 billion dollars, which is about half of MTN’s market capitalisation, could threaten its Nigerian bankers.

“Talking about the CBN allegation that MTN repatriated 8.1 billion dollars out of the country. It is an issue that can be resolved by the two parties because there is no way such huge amount of money could have been transferred by the commercial banks without the knowledge and approval of CBN in the first place.

“Let MTN and the affected banks engage with the relevant authorities and face CBN to vigorously defend their position on this matter,” Okezie said.

Okezie blamed the delay in the listing of MTN shares and those of other foreign companies on NSE on lack of a regulating law in the Nigerian financial market.

He said the growth of the Nigerian capital market was tied to the effectiveness of its regulatory framework.

Nwosu said the more MTN delays the offer, the more the market players and the public believe there was crisis.

According to him, postponing the offer is not the best option because it damages investors’ confidence and jeopardises the telecom company’s proposed public offer in Africa’s largest economy.

“The denial of an IPO application by MTN to SEC signifies doubt over the extent of preparation on the part of MTN to be listed on the NSE this year.

“MTN has been foot-dragging on the move for listing. But the earlier it steps forward with the listing offer, the better for the Telecom industry and the Nigerian economy,” Nwosu said.

There were reports earlier in the year that the MTN Group was perfecting plans to raise about 500 million dollars from the sale of shares in its Nigerian business in the first half of 2018.

Standard Bank Group Ltd. and Citigroup Inc. have been advising the company on the disposal of as much as 30 per cent of the Lagos-based unit on the NSE. 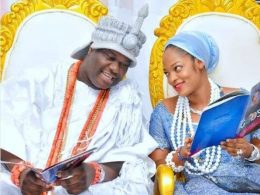 A Myriad of Troubles for Ooni’s Wife, Olori Wuraola

In October 2018, the Ooni of Ife, Oba Adeyeye Enitan Ogunwusi, had shut up naysayers, who had made him a butt of criticisms over his seemingly prolonged single status, following the breakup of his marriage to Zaynab Otiti-Obanor, otherwise known as Olori Wuraola.
byTayo Aderinola
6 shares
6
0
0
No comments 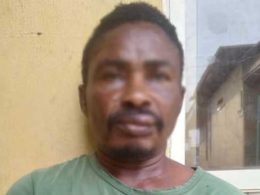 Man arrested for stabbing mistress’ husband to death in Ogun

The Ogun State Police Command have arrested a 38-year-old man, Daniel Udoh, for stabbing his mistress’ husband to death in the Onipanu area of the state.
byTayo Aderinola
No comments

The Lagos State Commissioner of Police, Hakeem Odumosu, on Monday disclosed that 234 suspected robbers have been arrested in Lagos between January and March 2021.
byLateef Idris
No comments

The Forum on China-Africa Cooperation (FOCAC) will formally open in Beijing on Monday. Here are the African leaders…
byTayo Aderinola
No comments