In less than three months since the release of his much anticipated sixth studio album, Love Damini, Burna Boy has once again blazed his way to a new record as he surpasses half a billion streams on Boomplay, the first artist to achieve this historic feat.

In less than three months since the release of his much anticipated sixth studio album, Love Damini, Burna Boy has once again blazed his way to a new record as he surpasses half a billion streams on Boomplay, the first artist to achieve this historic feat.

The prominent music streaming and download service recently made this announcement on their official social media pages.

Known for his impeccable songwriting and vocal dexterity, Burna is one of the most digitally consumed music artistes to date. In the past year, his Boomplay music streams have experienced a meteoric rise, helping to push his climb to 500 million streams.

This landmark milestone, combined with other works such as his latest album Love Damini, at 18.2m, Twice as Tall; 105.m, African Giant; 58.m and other singles, all contribute to his streaming imprint of over half a billion on Boomplay.

The Grammy award-winning artist has had an impressive run in 2022 with several chart-topping debuts worldwide. His current album has been one of his most successful projects of his career so far. Across 19 tracks, heartbreak, grief, anxiety, politics, sex, and love all take their places on the stage, to varying effects.

His lead single, “Last Last,” has also been hinted as currently the most revered singles in 2022.

Speaking on this monumental feat, Director of Artiste and Media Relations at Boomplay, Tosin Sorinola, said: “It has been incredible witnessing the increasing levels of growth in music consumption and streaming. Our artists are putting in the work, and the results are paying off. As an African facing platform, we are excited because it means we are growing significantly faster which we think is great for the industry and signals room for more groundbreaking achievements.”

Burna Boy is well on his way to unlocking the #BoomplayPlatinumClub, an honorary category which seeks to celebrate records and artists with billions of streams. Notably, Kizz Daniel, Omah Lay, and Fireboy follow Burna Boy closely in this stead, and it’s only a matter of time before we know who will be the first to enter the billions club. 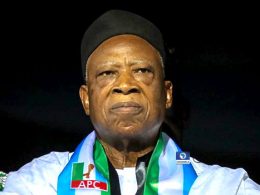 National Chairman of All Progressives Congress (APC),  Abdullahi Adamu on Thursday said the party must do all within the law to win the forthcoming governorship election in Osun State.
byLateef Idris
No comments 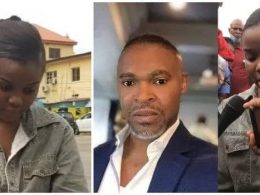 A 21-year-old undergraduate of the University of Lagos who simply identified herself as Chidinma has narrated how she stabbed the Chief Executive Officer of Super TV, Usifo Ataga, to death in the Lekki area of Lagos State.
byTayo Aderinola
No comments

Pope Francis names 14 cardinals, no Nigerian on the list

Pope Francis has named 14 Roman Catholic prelates to the high rank of cardinal, the elite group of…
byTayo Aderinola
No comments