Buhari back home from London vacation

Nigerian President Muhammadu Buhari has returned to Abuja from London after a 10 working day vacation in London.

The presidential plane conveying Buhari and few of his aides landed at the presidential wing of the Nnamdi Azikiwe International Airport, Abuja, at 6.38p.m.

Buhari was received at the airport by Gov. Yahaya Bello of Kogi, the Secretary to the Government of the Federation, Mr Boss Mustapha, Service Chiefs and the Chief of Staff to the President, Malam Abba Kyari.

Others at the airport to welcome the president included cabinet ministers, the acting chairman of Economic and Financial Crimes Commission and members of the presidential media team.

“President @MBuhari returns to Abuja from the UK, after a 10 working day vacation,” said Bashir Ahmad, Buhari’s new media aide, in a statement posted on Twitter.

The return of the president has put to rest the social media report that he had extended his vacation in London.

Buhari on Aug. 3 commenced the holiday and transmitted a letter to the President of the Senate and the Speaker, House of Representatives to that effect in compliance with Section 145 (1) of the 1999 Constitution.

While the president was in London, Vice-President Yemi Osinbajo acted on his behalf in line with the constitution.

“President @MBuhari returns to Abuja from the UK, after a 10 working day vacation,” said Bashir Ahmad, Buhari’s new media aide, in a statement posted on Twitter.

Sanwo-Olu bans Sports Commission from having direct access to him

Lagos State Governor, Babajide Sanwo-Olu has banned the leadership of the Lagos State Sports Commission from having direct…
byTayo Aderinola
No comments 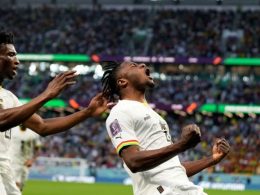 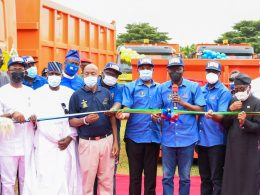 Besides, the Governor formally launched a mobile application called “CitiMonitor”, which would enable monitoring and reporting of environmental infractions, including indiscriminate dumping of refuse.
byTayo Aderinola
No comments

Following the increasing rate of fake news in the society, the Oyo State Council of Nigeria Union of…
byTayo Aderinola
No comments