Amokachi is now the Special Assistant on Sports to the president.

The Media Office of the Minister of Youth and Sports Development announced this on Thursday.

The statement noted that Amokachi’s letter of appointment was issued on August 17, 2020, and signed by the Secretary to the Government of the Federation, Boss Mustapha.

The statement quoted the appointment letter as reading, “I am pleased to inform you that Mohammadu Buhari, President of the Federal Republic of Nigeria has approved your appointment as Special Assistant on Sports. The appointment takes effect from the 11th of August, 2020.”

The former Everton of England player was earlier in the year named Nigeria’s Football Ambassador.

Amokachi, popularly known as Da Bull, began his career in Kaduna with Ranchers Bees Football club of Kaduna, played for Club Brugge of Belgium, Besiktas of Turkey, Everton of England and Colorado Rapids.

He was voted the third-best player in Africa three times.

He won Gold in the Football event of the Atlanta 1996 Olympics.

He had coached the U-23 National Team, served as Assistant Coach of the Super Eagles, and coached Nasarrawa United.

By the time you are reading this, my late friend, Taiwo Ogunjobi would have been finally laid to…
byTayo Aderinola
No comments 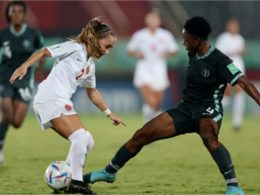 The Nigerian Falconets on Wednesday at the ongoing 10th FIFA Under-20 Women’s World Cup in Costa Rica advanced to the quarter-finals in grand style after defeating the Canadian team by 3 goals to 1 in their last group game in Alajuela.
byTayo Aderinola
No comments 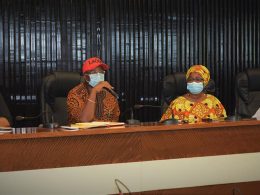 The Lagos State Commissioner for Local Government and Community Affairs, Dr. Wale Ahmed, has charged members of the recently inaugurated Lagos State Market Advisory Council (LASMAC) to live up to the expectations of Governor Babajide Sanwo-Olu, by ensuring that they do every lawful thing to effectively manage and control the markets inline with international best practices.
byLateef Idris
No comments 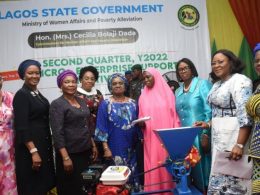 The Lagos State Ministry of Women Affairs and Poverty Alleviation (WAPA) has held its second Y2022 Mega Empowerment programme, known as the Micro-Enterprise Support Initiative (MESI), for 1500 indigent, vulnerable women, youths and wives of fallen heroes from the 20 Local Governments and 37 Local Council Development Areas of the State.
byTayo Aderinola
No comments