The Senate has passed the 2018 Budget of N9.12 Trillion following the consideration and adoption of the Budget report laid on the floor of the upper legislative chamber on Tuesday.

This is coming 6 months afterthe budget document was presented to a joint session of the National Assembly in November.

The Budget document passed on the floor of the senate is similar to what is being considered by the house of representatives and it shows and increase of N508 billion to take it to N9,120, 334,988,225 from the N8.6 trillion presented by Buhari.

The Senate and House of Representatives had promised to pass the budget on April 24, but failed to do so.

There were equally assurances that the budget would be passed in the first week of May but it was not passed.

The Senate had on several occasions accused Ministries, Departments and Agencies (MDAs) of not keeping to appointments with the various standing committees to defend their budgets.

Subsequently, the President of the Senate, Dr Bukola Saraki, on April 12, mandated the Appropriation Committee to tidy up reports on the budget latest by April 13.

With this development, the January to December budget cycle would not be obtainable with the 2018 budget.

Buhari had on Nov. 7, 2017 presented a budget of N8.6 trillion before  a joint session of the National Assembly.

The president who announced the 2018 budget as “Budget of Consolidation”, said the projected expenditure would drive rapid economic recovery.

He said at the session that with a benchmark of 45 dollars per barrel at an exchange rate of N305 to a dollar in 2018, the budget would consolidate on the achievements of previous budgets to aggressively steer the economy to the path of steady growth. 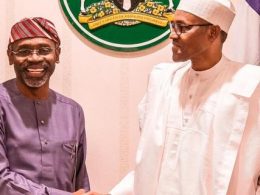 President Muhammadu Buhari has joined members and leaders of the APC in felicitating the Speaker of the House of Representatives, Femi Gbajabiamila, on his 60th birthday, June 25, 2022.
byLateef Idris
7 shares
7
0
0
No comments

The Governing Council of the Lagos State Polytechnic (LASPOTECH), Ikorodu, has dismissed five staff of the institution for…
byTayo Aderinola
No comments 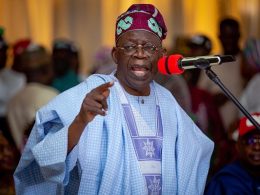 The Director General of Tinubu Support Organization, Aminu Suleiman, has said that the youth are planning a one million man mobilisation campaign for the presidential candidate of the All Progressives Congress, Bola Tinubu, to sell his programmes to Nigerians before the 2023 election.
byLateef Idris
No comments