Osinbajo was being taken around by Governor Ibikunle Amosun

Osinbjo, who arrived with the Federal gGovernment Chopper at the governor’s office, Okemosan at about 4:37pm said he was in Ogun to see areas where the flood had washed away people and properties like Isalegbeyin, opposite Government House; Ijeun Titus, Iyana Mortuary, Ita-Iyalode, Ago Ijesha, among others.

He was accompanied on the visit by the Minister for fFnance, Mrs Kemi Adeosun.

The Vice President was received by Governor Ibikunle Amosun of Ogun State and other members of the State Executive Council.

Amosun led the Vice President on tour of affected areas.

Scores of people, including a mother and child had died and properties worth billions of naira destroyed after a massive flood ravaged parts of Abeokuta, Ogun State, on 14 July, 2018.

The flood followed about two hours of torrential rain. Many residents were sacked from their homes and shops when their apartments were invaded by the flood. Household items, goods and other valuables were destroyed. 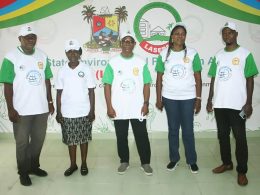 The Lagos State Environmental Protection Agency (LASEPA) in its commitment to promote a sustainable and pollution-free environment, has warned people working in the refrigeration sector to stop the dismantling of e-waste materials but rather hand them over to registered recyclers/collectors for proper management and disposal.
byLateef Idris
No comments

The Rochas Okorocha administration has blamed the printer’s devil, for the wrong christening of the Ministry of…
byTayo Aderinola
No comments 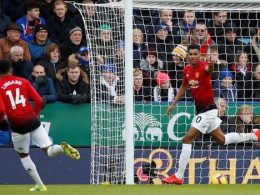 Man United made it three wins in a row as Jadon Sancho’s early strike seals a 1-0 win and took Erik ten Hag’s team up to fifth, while Brendan Rodgers’s side remained at the bottom of the table.
byLateef Idris
No comments 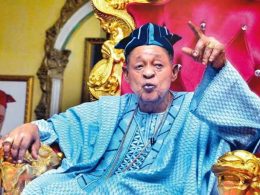