The Transmission Company of Nigeria (TCN) said a total  system collapse of the national  grid was recorded on Sept. 28 at 8:03 p.m., resulting in  temporary  loss of  electricity generation.

A statement from TCN’s  management on Friday in Abuja said that reports obtained from  power stations and the sequence of events generated by the Supervisory Control and Data Acquisition (SCADA) had  revealed the cause of the collapse.

It said the SCADA system report  indicated that the system collapse was triggered by the tripping of Egbin power plants Units ST4, ST6 and ST5.

It, however, said that restoration of grid system had also commenced at 8:22 p.m. on Sept. 28.

According to the statement, a post mortem analysis of the issue indicated that grid generation was curtailed to about 4,262.7 Mega Watts (MW) before the disturbance.

It explained that the capacity under-utilisation and the operational capability required to maintain grid stability, which had waned, made the grid system vulnerable.

It said the vulnerability and disturbance of the system resulted in severe system frequency dip that culminated in the system collapse.

It further revealed that the analysis conducted clearly  showed that there was insufficient level of rotating reserve provided by grid-connected generation companies arising from low tariffs for providing ancillary services.

It said TCN had filed an application to the Nigerian Electricity Regulatory Commission (NERC) for an extraordinary tariff review to avert further occurrence of such incident.

It said the proposal for a tariff review would ensure that Generation Companies (GENCOS) were given the necessary incentives to provide sufficient spinning reserves and other ancillary services  critical for managing the national grid.

“TCN hereby solicits for the understanding of all Nigerians as it continues with efforts to provide the electricity industry with a world class national grid.

“It will strive to ensure that the stride attained recently in frequency control is sustained in line with world industry standards and codes,“ the statement further stated. 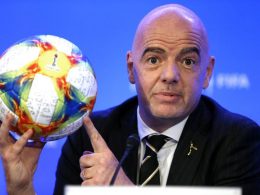 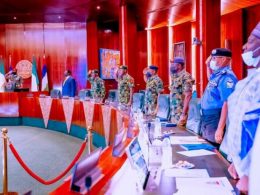 President Muhammadu Buhari is currently presiding over the National Security Council meeting at the State House, Abuja over rising insecurity in the country.
byLateef Idris
No comments 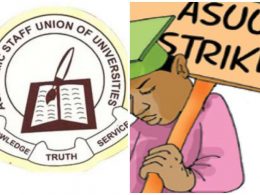 The National Executive Council, NEC, of the Academic Staff Union of Universities, ASUU, has voted to go on a one-month warning strike to press its demands on the government, following lengthy debates that lasted into the early hours of Monday.
byLateef Idris
No comments