Lagos State Government has disclosed that the automation of its Debt Management Office has further assisted the Agency’s financial transaction processes to position Lagos ahead of other States in the country.

Lagos State Government has disclosed that the automation of its Debt Management Office has further assisted the Agency’s financial transaction processes to position Lagos ahead of other States in the country.

The Head of Service (HoS), Mr. Hakeem Muri-Okunola, disclosed this in his keynote address at the second edition of the Debt Management Office Retreat with the theme, “Sustaining Lagos State Debt Beyond Global Pandemic”, held at the Lagos Sheraton Hotel, Ikeja Lagos.

Muri-Okunola, who was represented at the event by the Permanent Secretary, Public Service Office (PSO), Mr. Samson Ajibade, said that Public Administrators must keep abreast of international best practices while taking full advantage of the latest technologies in the performance of their duties and responsibilities.

“In fact, the place of technology in today’s workplace has become absolutely non-negotiable. As such, to do otherwise would not be in our character”, he added.

Commending Governor Babajide Sanwo-Olu for his exemplary leadership, passion, support to reposition and equip the Lagos State Public Service to cope with global challenges, the HoS expressed belief in the capacity of the Debt Management Office to deliver its mandate in an effective and timely manner.

Earlier, in his opening address, the Commissioner for Finance, Dr. Rabiu Olowo, who was represented by the Accountant-General, Dr. Abiodun Muritala, reiterated the resilience of Lagos State during the advent of COVID-19 and the #EndSARS protest, which did untold damage to infrastructure and lives.

He expressed belief that the incidents have made the State stronger and more resolute in its quest to give Lagosians infrastructure and services highlighted in the T.H.E.M.E.S Agenda.

The Commissioner said the influx of people trooping into Lagos every hour has overstretched the State’s resources and presents a daunting challenge, maintaining that the present administration is determined to confront all issues arising from the rural-urban migration.

He explained that a new bond will soon be issued to further provide dividends of democracy to Lagosians in fulfilment of the T.H.E.M.E.S. Agenda.

He said, “This has also given greater visibility to the State, ensured transparency as well as increased the Bond Holder’s confidence. It has also enhanced the State’s ratings as FITCH, GCR and AUGUSTO had accorded the State A+ and B+ respectively, and alerted investors to the value of our Bond issuance programme”.

Ige added that the State is in the process of securing another Bond in the Series to the tune of N185 Billion, which is expected to fund various projects and replace the recalled Bonds at a lower coupon rate.

The three-day event would have speakers in the public and private sectors speak on salient and current topics such as “Sukuk as a financing option for the Public sector”, “Debt Restructuring, Challenges and Risks”, “Assertiveness in job performance”, amongst others. 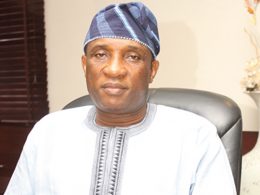 Lagos State Government on Friday charged residents to compliment her year-round cleaning of all primary and secondary channels by also cleaning tertiary drains that run across residences regularly.
byLateef Idris
No comments

LEARN TO BE YOUR OWN PERSONAL DOCTOR

Lagos State Governor, Babajide Sanwo-Olu and the Minister of Transportation, Rotimi Amaechi have stormed the scene of Monday’s…
byLateef Idris
No comments 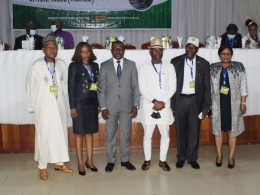 Lagos State Governor, Mr. Babajide Sanwo-Olu, has charged insurance stakeholders to design business-friendly policies that would aid the growth of Micro, Small and Medium Enterprises across the country while taking into cognisance the operational peculiarities of the sector.
byLateef Idris
1 share
1
0
0
No comments