Prospective aspirants to various positions in the All Progressives Congress (APC) are upset by what they perceive as exorbitant nomination fees being demanded by the party for those aspiring to fly the party’s flag in next year’s elections.
At a media briefing in Abuja yesterday, the complainants, mainly young men and women, said the new fee regime being demanded by the party is capable of shutting out their generation from contesting elections.
The party proposes to charge state assembly aspirants N1. 1 million for nomination form but the group has proposed a fee of N550, 000.
For the House of Representatives, it’s N3.5 million, but the group is canvassing N2.2 million; while it has proposed N3.3 million against the party’s N8.5 million for Senate.
The youth group is proposing N5.5 million for the governorship race, against the party’s N22.5 million tag; while it has canvassed N11 million against the party’s N55 million for presidential nomination.
Okpokwu Ogenyi who addressed reporters on behalf of the group, expressed dismay over the party’s action and vowed to crush the new fee regime.
Ogenyi said, “As progressives and anti corruption crusaders of the APC-led administration of President Muhammadu Buhari, which is anchored on anti corruption, we expect the leadership of the party to reduce the cost of nomination forms.
“This is to accommodate the recently signed Not Too Young To Run bill. Instead, the NWC has proposed over 300 percent increment, making the APC unfriendly to many credible aspirants.
“Nigerians have begun to ask, what is the difference between the PDP and the APC? If the PDP sells nomination form for N600,000, the APC is supposed to sell the same for N200,000; where the cost of APC nomination form is higher than all other political parties in the country, it ridicules the anti corruption war of President Muhammadu Buhari.
“We also reject direct primary for the presidential ticket, thereby leaving the choice of electoral method for the states to make. We must do things in a manner that Nigerians should not begin to laugh at us.”
The group called on the leadership of the party to design a uniform method of primary election for all category of aspirants, either by direct election or through delegate votes.
“We believe in the leadership of our great party, especially our national leaders -President Muhammadu Buhari, Sen. Ahmed Bola Tinubu and Comrade Adams Oshiomhole. The time to save our party is now. 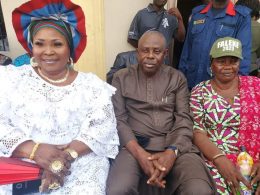 Ikeja Federal Constituents in a rousing welcome for Faleke

It was a rousing welcome for the top ranking Member of the House of Representatives, representing the Ikeja Federal Constituency, Rt. Hon James Abiodun Faleke as constituents in their numbers stormed the Constituency office in Seriki-Aro to welcome and celebrate the victory of the National Leader and Presidential Candidate of the All Progressives Congress Asiwaju Bola Ahmed Tinubu with the man they all appreciate his steadfastness and immense support towards the victory at the party's Presidential Primary
byTayo Aderinola
No comments 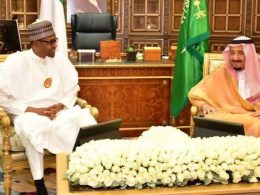 Nigeria and Saudi Arabia have agreed to boost trade, investment and economic cooperation for mutual benefits.
byLateef Idris
No comments

Eyo Charles, the journalist in a viral video that has emerged of him being verbally assaulted by former…
byTayo Aderinola
No comments