Onyema Nwachukwu, Director Army Public Relations in a statement on Wednesday, said the troops were made up of the 34 Artillery Brigade, in conjunction with troops of the Nigerian Navy, Air Force and other security agencies.

He said the troops encountered the dissidents while carrying out a raid operation around the general area of Orsu Ihitte Ukwa and Ihitte Nansa, adding that the neutralized members had taken positions to launch one of their primed rockets when they were engaged and taken out by the vigilant troops.

According to him, though the bomb planted by the irredentists went off, without any casualty, the improvised Explosive Devices (IED) deployed, exploded at Eke Ututu Market, destroying some of the shops in the market.

He said troops would continue to ensure there is no safe haven for all criminal elements operating around Orsu and Orsumoghu general area.

The Lagos State Government has welcomed the first baby born in 2021. The first baby of the year…
byLateef Idris
No comments 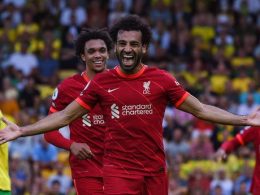 Mohamed Salah scored his 150th goal for Liverpool and Luis Díaz opened his account as the Reds came from behind to beat Norwich City 3-1 at Anfield.
byLateef Idris
No comments 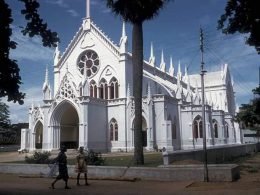