The Court of Appeal in Abuja has reserved judgment in the two appeals by the All Progressives Congress (APC) and its candidate in the last governorship election in Osun State, Adegboyega Oyetola.

The Court of Appeal in Abuja has reserved judgment in the two appeals by the All Progressives Congress (APC) and its candidate in the last governorship election in Osun State, Adegboyega Oyetola.

A three-member panel of the court took the decision on Friday after entertaining arguments from lawyers to parties.

The APC and Oyetola are among others, praying the appellate court to set aside the September 30, 2022 judgment by Justice Emeka Nwite of the Federal High Court, Abuja.

Justice Nwite, in the judgment, voided the nomination of Oyetola and his deputy governorship candidate, Benedict Alabi as APC’s candidates in the election on July 16, 2022.

Justice Emeka Nwite, in a judgment on Friday, held among others, that Governor Mai Mala Buni (the then Chairman of the APC’s caretaker committee) who submitted their names to INEC violated the provisions of Section 183 of the Constitution and Section 82(3) of the Electoral Act 2022.

The judgment was on the suit marked: FHC/ABJ/CS/468/2022filed by the Peoples Democratic Party (PDP) against Mala Buni and four others.

Justice Nwite agreed with the submissions of the plaintiff’s lawyer, Kehinde Ogunwumiju (SAN) and declared as null and void, the nomination of Governor Isiaka Oyetola and Benedict Alabi by the APC.

The judge equally held that Mala Buni acted in contravention of the provision of Section 183 of the Constitution when he held dual executive positions as the Governor of Yobe State and the Chairman of the National Caretaker Committee of APC. 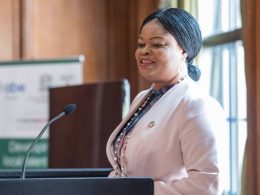 The Senior Special Assistant to the President on Sustainable Development Goals (SSAP-SDGs), Princess Adejoke Orelope-Adefulire, the United Nations, the Minister of Labour and Employment, Chris Ngige and his counterpart in the Ministry of Youths and Sports, Sunday Dare have called for enhanced involvement of the youths in SDGs mobilisation in Nigeria.
byLateef Idris
1 share
1
0
0
No comments

The Pro-Chancellor, University of Lagos, Wale Babalakin, has tendered his resignation. This followed the alleged disagreement with the…
byLateef Idris
1 share
1
0
0
No comments 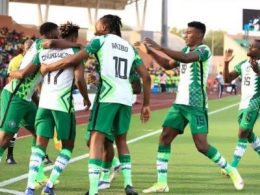 The Federal Government has directed that all Offices within the Federal Capital Territory should close by 1pm on Tuesday March 29th to ensure Civil Servants and all Government Workers are able to have enough time to go to the Moshood Abiola National Stadium in Abuja.
byTayo Aderinola
No comments 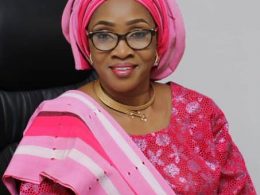