Senate President Bukola Saraki came under fire yesterday, 24 hours after he announced his defection from the All Progressives Congress (APC) to the Peoples Democratic Partry (PDP).

The APC, which on Tuesday queried him for breaching Article 21 of the party’s constitution, asked him to resign his positon because the PDP is the minority party in the Senate.

He cannot go away with another person’s crown, party Chairman Adams Oshiomhole said.

The Federal Government said Saraki would not be missed by the ruling party because, even as a party member, he behaved like an opposition within.

In Saraki’s Ilorin, Kwara State capital hometown, some key members of the PDP, led by state Chairman Iyiola Oyedepo, announced their defection to the APC.

Former Publicity Secretary Rex Olawoyeo described Saraki as an “anathema”, who they could not work with.

But 23 members of the Kwara State House of Assembly defected to the PDP in support of the Senate president.

The 24th member, Saheed Popoola (Ojomu-Balogun Constituency) in Offa Local Government Area, declined to join the train. He was promptly removed as Chairman, House Committee on Information, Youth and Sports.

Also yesterday, Senator Rafiu Ibrahim described the query issued to Saraki by the APC National Working Committee as belated, saying Saraki did not cause any of the problems they attributed  to him.

Oshiomhole, who called on Saraki should step down, spoke at the Presidential Villa after President Mhammadu Buhari’s meeting with 12 APC senators, led by Senate Leader Ahmed Lawan.

Lawan called on the National Assembly to reconvene to consider the virement request by the President to fund the request by the Independent National Electoral Commission (INEC) ahead of the 2019 elections.

Oshiomhole said: “Nobody in the APC will be surprised about the defections. In fact, they have stayed a little bit longer than we thought. Last week, the Kwara State governor was quoted to have said he was leaving, but he didn’t say when. So, we are not surprised at all.

“But these are what I might call tempting moments because I had faced similar situations in my state, when people were leaving. But the beauty of democracy is that whether big or small, it is one man one vote on election day; no difference between a senator, a president, a journalist and any other person.

“In a sense, we have to accept that once a couple for any reason or the other find that they are not compatible, the only honourable thing is to go.

“I ‘m happy for one thing, that the Senate president, as a mark of honour, accepted that he is leaving not because the new leadership did not make effort; he admitted that not only did I do everything possible along with the Vice President, along with some governors and we had a meeting with the President, but he argued that those efforts came too late. But I couldn’t have started acting before I was born.

“The only thing is that there are other consequential issues that every man or woman of honour who had taken such decisions would be expected to follow through. I mean you should not collect a crown that belongs to a family and wear it on behalf of the family if for your personal reasons which he has enumerated, that he has gone to another family. It is just a matter of honour to leave the crown in the house that the crown belongs to.

“As it stands even now, APC is still the largest party in the Senate, we have 53 senators, that is much more than PDP has, or APGA has.

“So, I think the important thing is that our democracy is still evolving. There are a couple of lessons to learn from the development. Going forward, we will expect the system to get stronger to the extent that it is able to learn the correct lessons and take the correct steps to profit from these developments.” he said

Oshiomhole added: “I have made this point and some commentators who don’t seem to understand take one part of the argument and leave the other. I have said that if people have genuine, verifiable grievances, we are committed even now to listen and address those grievances in what I call win-win manner.

“I emphasised this when I met with the House of Representatives caucus, that we are ready to do justice to anyone who is genuinely aggrieved and whose grievances are such that we can deal with them provided we enthrone justice, fairness and most sides purge themselves of any arrogance.

“To the best of my knowledge, all senators, House of Reps members were happy; the ones that are not negotiable, there is nothing we can do about it.”

Senate Leader Ahmed Lawan said as the President is leaving for his vacation, lawmakers should continue to do their job.

According to him, the President has written to the Senate and House of Representatives on his 10 days holiday.

He urged his colleagues to reconvene to approve the 2019 election funding virement request by the President.

Lawan said: “Those issues that are so important to this country that we have not dealt with, we should be able to come together, come back and deal with them. Here I have in mind the consideration of the budget of INEC for the 2019 elections, that is the request of Mr. President to approve some virement on the 2018 budget.

“I believe that we are going to do a lot of justice to the people of this country to work hard to pass those requests.

“Also, believe that as a party we will continue to consult, unite and solidify and the National Chairman has just told you, the APC remains the majority in the Senate; we have 53 senators; we reeled out the names and the states. Though the other side are claiming they are 60, 70 but they have never given  names. It is left for you to make your judgement.

“In fact, I am using this medium to challenge them to name the PDP senators. We have published ours and among the 53 none has come out to deny that he is APC. Let them publish their own, they remain 48 senators in PDP.

“And by the grace of God, when the by-elections in Bauchi and Kaduna hold, we will get two senators and that will boost our number.”

According to him, the senators have placed their total commitment and loyalty to the APC and President Buhari.

“We remain true and genuine representatives of our people, we will not want to do anything that is not in the interest of our people and this administration.

“I am calling on my colleagues in the Senate and House of Representatives to come back and consider the requests of Mr. President for the virement and supplementary budget for INEC for the 2019 elections,” he said.

Asked what the next step would be if his colleagues refuse to reconvene, Lawan said: “They will see reasons for us to come back and do that. But, in case they don’t, we will look at the options before us.” 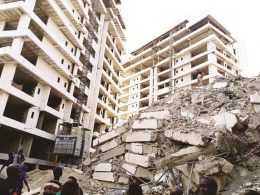 Contrary to speculations, no directive has been given for the demolition of the two high-rise buildings standing at the site of the 21-storey collapsed building in Ikoyi, Lagos. The Panel of Inquiry instituted into the collapse of the building has continued to sit and an integrity test on the two buildings is yet to be conducted on the two buildings. It is, therefore, wrong to assert or speculate that the buildings will be demolished.
byTayo Aderinola
No comments 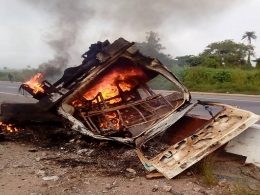 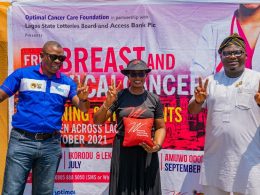 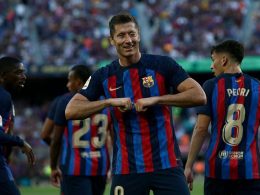 Robert Lewandowski continued his strong start with Barcelona by scoring twice for the second game in a row as Jules Kounde made his debut in a 4-0 win over Real Valladolid in La Liga on Sunday.
byTayo Aderinola
No comments