APC committed to the tenets of democracy – Tinubu

The All Progressives Congress (APC) National Leader Asiwaju Bola Tinubu on Tuesday said the APC was committed to the tenets of democracy and would continue to promote democratic values.

Tinubu  alluded while addressing the well attended stakeholder meeting of the All Progressives Congress Lagos State Chapter at the Acme secretariat, Lagos.

The APC National Leader lambasted former President Olusegun Obasanjo over the recent letter of criticism he wrote to President Muhammadu Buhari, saying the ex-President had no right to dictate who the people should vote for in the 2019 presidential election. He said that Obasanjo did his terms in office without being disturbed, urged him to face his poultry business in his Ota farm

Tinubu noted that if Obasanjo had laid a good foundation for the country when he was President, like he did in Lagos State, Nigeria would not be in the mess that it was in.

He said that the criticisms of Obasanjo were in bad faith, pointing out that he could not stop Nigerians from re-electing the president.

“Our president, President Muhammadu Buhari has done well, he deserves another term, and we will support him to win because he is our man.

“Forget about Obasanjo’s letter and his frequent attacks on our president, he cannot stop the president because Nigerians would re-elect him.

The party chieftain urged party members to be committed to the party and work for its progress.

He said APC was not divided in the state and that whoever was involved in acts to divide it would fail.

Tinubu urged members to work in unison for the greater interests of the party.

He said the party would embark on aggressive registration of new members in the chapter.

He also commended Acting President,Yemi Osinbajo for his intervention in the blockade of the National Assembly complex.

Tinubu said the timely response of Osinbajo in sacking the Director-General of the State Security Service (SSS) helped to douse the tension created by the blockade .

The APC chieftain described the blockade as a threat to democracy, saying Osinbajo saved the country an embarrassment with his quick intervention.

“We thank the Vice -President for the wonderful job he has been doing in the absence of President Muhammadu Buhari”.

“We particularly thanked him in the way he intervened on the National Assembly blockade”.

“Vice President Osinbajo saved the country from embarrassment.We thank him, we will continue to support him,” he said.

The chieftain added that prospective members would be issued membership cards after registration .

Tinubu said it was important that new and existing members have their cards as they would be able to elect their candidates in the primaries.

He said with the direct primary system the party is adopting , it is members that would determine their candidates.

“What we are doing with the direct primary is to give power to the people.

“But for you to choose your candidates in the primaries, you need to have your membership cards.

“All those of you just joining us, it is important you register to be our members officially. If you don’t have our cards ,we can’t call you our members”,he said.

He said people without membership cards or PVC would not be allowed to contest in primaries or represent the party in any capacity.

Tinubu urged council chairmen and party leaders to mobilise members to collect their PVC in their areas as that would help APC in 2019.

The party chieftain warned party members and aspirants against violence in the upcoming primaries.

He said any aspirant engaged in violence would be disqualified.

Tinubu expressed confidence that APC would win the upcoming Osun election, saying the people were for the party.

The Chairman APC Lagos Chapter, Hon Babatunde Balogun Move the motion of  Vote of confidence for the National Chairman of the party Comrade Adams Oshiomole and it was unanimously supported by all in attendance.

Senate President Bukola Saraki’s allusion that a government within government exists in Nigeria is a complete fallacy,  the…
byTayo Aderinola
No comments 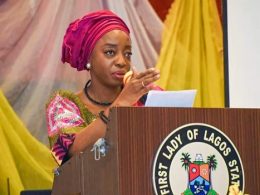 ‘Boys must be involved in war against gender violence’

Lagos State Governor’s wife Mrs. Ibijoke Sanwo-Olu, has launched the ‘Boy-Child Initiative’ to assist in the welfare, well-being and interest of the boy child.
byLateef Idris
No comments 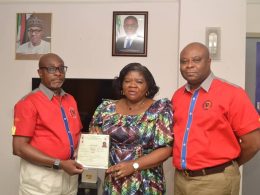 The Director-General, Lagos State Pension Commission (LASPEC), Mr. Babalola Obilana, has reiterated the allegiance of the State Government to the welfare of its retirees, stressing that the Governor Babajide Sanwo-Olu led administration remains committed to the implementation of the Contributory Pension Scheme in line with the provisions of the State’s amended Pension Reform Laws.
byLateef Idris
No comments