Lagos State Governor, Akinwumi Ambode has applauded the performance of the country’s beach soccer team, the Supersand Eagles, saying they did a great job at the 2017 COPA Lagos Beach Soccer Tournament. Ambode also hailed the state’s team, Gidi Sharks for its impressive performance at the three-day competition.

Speaking on behalf of the governor, the state’s Commissioner for Information and Strategy, Steve Ayorinde, said Ambode was happy with the performance of the two teams, adding, “It was a good outing for the Eagles, who defeated Morocco and Lebanon in their first two matches.”

He added: “Looking at some of the countries that participated at the competition like Lebanon and Morocco, they both have Beach soccer league and defeating them showed that we have potentials to be giant if we build on our league.

However, the Super Sand Eagles on Sunday lost 6-5 to Spain in an intense final of the  2017 Copa  Lagos Beach Soccer tournament at the Eko Atlantic City, Lagos.

The Nigerians  on Friday defeated Morocco 7-6 and on Saturday beat Lebanon 9-8 in explosive encounters to set up a clash with the Spanish, who defeated Lebanon 7-3 and Morocco 8-5 respectively.

Spain went ahead 2-0 in the first period but Emeka Ogbonna and  Victor Tale restored parity for the Nigerians.

The Sand Eagles were in front for the first when a scorcher from Abu Azeez beat Spain’s Christian in goal.

Christian then made it 5-4 for the visitors, after Eduard had levelled score 4-4. Eduard grabbed his hat-trick with two minutes left to break Nigerian hearts. A late consolation goal from Azeez was too little too late as the Europeans won 6-5.

Before the final day, all the four clubs had won one and lost one game each.

Kebbi, who were narrowly defeated in their opening game against Arsenal, hammered  Gidi Sharks 9-4.

But Pepsi Academy recorded the biggest result of this year’s event, when they stunned Arsenal beach soccer team 3-2 on Saturday.

A select team of stars in the entertainment industry defeated ex-internationals 2-0 on penalties after full-time ended 2-2, in a ceremonial game.

Ex-Schalke 04 striker Victor Agali and Friday Ekpo had put the ex-footballers ahead but the youthful entertainment team drew level through Sound Sultan, after some sloppy goalkeeping by Waidi Akanni, who hitherto had been impressive.

Ex-Barcelona man Gbenga Okunowo and Agali, who had earlier lost a spot kick in regulation time, failed to score their kicks to hand victory to the jubilant entertainers.

The Sand Eagles won the first three editions of the tournament but finished as runners-up in 2015. 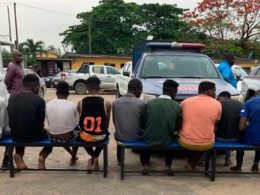 Four deadly armed robbers have been cracked in Ojo area of Lagos, Southwest Nigeria, with seven pistols, cutlasses and tortoise recovered from them.
byLateef Idris
No comments 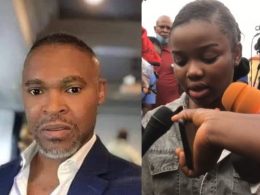 Chidinma Ojukwu, a 300-level Mass Communication student of the University of Lagos, has pleaded not guilty to the murder of Super Tv CEO, Usifo Ataga.
byLateef Idris
No comments 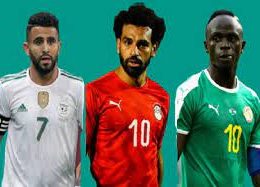 No Nigerian player is listed in the men’s Confederation of Africa Football (CAF) awards list released by the continental body, yesterday. The list is dominated by Senegal, Cameroun and Morocco.
byTayo Aderinola
No comments