Gov. Akinwunmi Ambode of Lagos State on Monday described the first Executive Governor of the state, Alhaji Lateef Jakande, as a role model of selfless service.

Ambode gave the description in his congratulatory address to the former governor as he turned 89.

The address was delivered by the Lagos State Commissioner for Home Affairs, Dr Abdul-Hakeem Abdul-Lateef, at Jakande’s house. in Lagos.

He commended the former governor for his generosity.

“On behalf of the government and good people of Lagos State, I write to felicitate with your Excellency, on this special day of your 89th Birthday. Congratulations!

“The occasion of your birthday provides an opportunity to celebrate a true icon, role model, great administrator per excellence, and the champion of the people who is highly respected as the first Civilian Governor of Lagos State.

”Your Excellency, I cannot but commend your generous and selfless service to Lagos State over the years and particularly during your time as the civilian governor of the state,” Ambode said.

The governor said that Jakande’s administration remained a reference point of governance in the state.

“With doggedness and determination to make a difference in the lives of Lagosians, you promoted mass welfare programmes for the good of the majority.

”This included but not limited to policy implementation on free education, establishment of tertiary institutions to accommodate expected products from the secondary tier, and provision of affordable housing,” he said.

He said: ”It is no surprise that 35 years after, your legacies pervade the entire length and breadth of Lagos State.

“Baba Kekere, you have lived a life which symbolises humility, uprightness and honesty; an exemplary leader, perfect gentleman and a man of integrity and character.

”We are indeed proud of your achievements and contributions to the development of our dear state and nation at large.”

Speaking to the News Agency of Nigeria (NAN), Mr Segun Olulade, a Lagos lawmaker, said that Jakande motivated him into politics.

Olulade, representing Epe Constituency II at the Lagos State House of Assembly, said that Jakande’s kind of selfless and sacrificial leadership was hard to come by nowadays.

Dr Qasim Akinreti, the Chairman, Nigeria Union of Journalists (NUJ), Lagos Council, said that the current crop of politicians had a lot to learn from Jakande’s forthrightness, selflessness and sacrificial leadership.

Akinreti said: “Jakande has done quite a lot. Without Baba Jakande, there won’t be NUJ. He has left great legacies in the sand of time. We are proud to have him as journalists.”

The chairman commended Jakande for using his opportunity to ensure establishment of a training institute for Nigerian journalists, as well as setting up of radio and television stations for the state.

The politicians, professionals, traditional rulers, friends and family thronged the former governor’s house to celebrate with him.

The former governor, dressed in white Agbada sat with his wife, acknowledging cheers from people present.

Jakande, joined by his wife, later cut his birthday cake at a party organised to celebrate him amidst frenzy and excitement by guests. 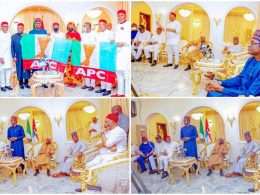 The Developer of the popular Ile-Epo Market in Abule Egba area of Lagos, Total Value Integrated Limited, has been…
byTayo Aderinola
No comments 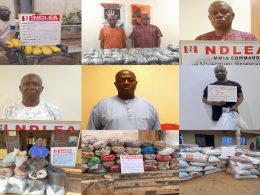 The National Drug Law Enforcement Agency (NDLEA) has arrested a 56-year-old suspected trafficker, Lawal Lateef Oyenuga, on a mission to deliver 400 grams of cocaine concealed in a pair of palm sandals in Jeddah, Saudi Arabia.
byTayo Aderinola
No comments 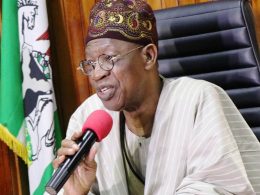 ASUU strike: A lot is going on behind the scenes – FG

The Federal Government has claimed “a lot is happening behind the scenes” as it seeks to resolve the ongoing strike by the Academic Staff Union of Universities (ASUU).
byLateef Idris
No comments