It was their last Group A Match, but they are through to the quarter-final.

According to the Nigeria Basketball Federation (NBBF) social site, D’Tigers experienced the defeat on Sunday in Tunisia in their last Group A match.

DR Congo earlier lost 82-87 points to Mali in Day one Group A match while they defeated Mali 90-67 on Day two.

During the match, U.S. based player, Bryant Mbamalu emerged top performer for D’Tigers having scored 16 points, five rebounds, four assists and four steals while got the highest point for the team.

Nigeria, having qualified for the quarter final of the championship, would know its position in the group based on the winner of Sunday match between Mali and Cote d’Ivoire.

D’Tigers defence gained momentum on Saturday in Tunisia when they defeated Mali 90-67 points in their second Group A match.

Nigeria beat Mali 20-16 in the first quarter, ended the second quarter leading 39-33, and maintained the dominance by leading 66-51 by the end of the third quarter.

D’Tigers are the competition’s defending champions, having won the last edition in 2015, while their female counterparts D’Tigress are champions of the 2017 Women’s AfroBasket.

Nigeria’s senior women team, D’Tigress, last Sunday restored the nation’s lost glory in the Afrobasket by defeating defending champions, Senegal to clinch the title for the third time after 12 years. 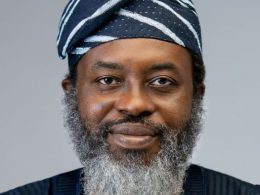 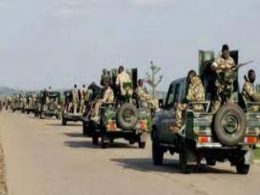 Director of Defence Media Activities, Maj.-Gen. Bernard Onyeuko, revealed this during a briefing on military operations in Abuja on Thursday.
byTayo Aderinola
No comments 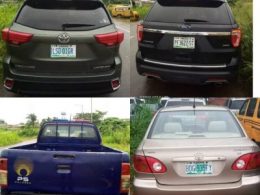 Lagos State Environmental and Special Offences Unit (Taskforce) on Friday night impounded 10 vehicles on Muritala Mohammed International Airport Road for driving against traffic, just as it vowed to commence the arrest and prosecution of drivers of vehicles impounded for plying one-way in addition to the forfeiture of the vehicles.
byTayo Aderinola
No comments

The Lagos State House of Assembly has appointed Barrister Olalekan Onafeko as the Acting Clerk of the House.…
byLateef Idris
No comments