Africa Cup of Nations defending champions Algeria are in danger of an early exit from the ongoing 2021 edition after a shock 1-0 defeat at the hands of underdog, Equatorial Guinea in Douala on Sunday.

Africa Cup of Nations defending champions Algeria are in danger of an early exit from the ongoing 2021 edition after a shock 1-0 defeat at the hands of underdog, Equatorial Guinea in Douala on Sunday.

The 2019 AFCON winners could only draw 0-0 with Sierra Leone in their opening game in Cameroon and are now left needing to beat Ivory Coast in their final Group E outing on Thursday if they are to advance to the last 16.

The Ivorians, who were last continental champions in 2015, were held 2-2 by Sierra Leone earlier and the group remains wide open but with Algeria bottom on just one point.

Meanwhile an Equatorial Guinea side ranked 114th in the world and 28th in Africa are now well placed to reach the knockout stages for the third time.

The two previous occasions came when they were hosting the tournament, in 2012 and in 2015, but this time many of the fans in the crowd of almost 12,000 in Douala were supporting the ‘National Thunder’.

Equatoguinean capital Malabo, on the island of Bioko, is a short hop over the Gulf of Guinea from Cameroon’s economic capital.

Few of their fans could have foreseen this result against an Algerian side captained by Manchester City’s Riyad Mahrez and almost entirely the same as that which won the 2019 AFCON final against Senegal.

Yet Algeria struggled to break down the opposition defence, while both Baghdad Bounedjah in the first half and Youcef Belaili late on had goals disallowed for offside.

The outstanding Iban Edu Salvador came close from long range for Equatorial Guinea in the first half and also created a chance that Luis Nlavo could not finish shortly after the break.

They again came close on a breakaway midway through the second half but it was from the corner that followed that their goal arrived — the delivery from the left was flicked on to the back post where the Spanish-born Obiang tucked it in before running to celebrate with the crowd. 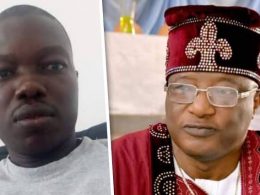 Closed Circuit Television installed at the Hilton Hotels and Resorts, Ile-Ife, Osun State, has revealed how owner of the facility, Rahmon Adedoyin, his son, Raheem, and Adedoyin’s aide, Moshood, were behind the murder of a Master of Business Administration student of Obafemi Awolowo University, Timothy Oludare.
byTayo Aderinola
No comments 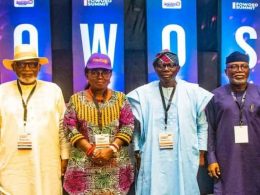 Ondo State Governor, Rotimi Akeredolu, SAN, and his Lagos State counterpart, Mr. Babajide Sanwo-Olu, has emphasized the need for the empowerment of women in different areas for the development of the nation.
byLateef Idris
No comments

March 21st was the International Day of Forests, a day set aside by resolution of the United Nations…
byTayo Aderinola
No comments

President Muhammadu Buhari has flagged off the construction of the Lekki Deep Seaport in Lagos, pledging that Government…
byTayo Aderinola
No comments