The Minister of Information and Culture, Alhaji Lai Mohammed has clarified that the 500 million dollar loan being sought from China is not for the Nigeria Television Authority (NTA) alone.

At a media briefing on Thursday in Abuja, the minister said the loan was for three major projects contrary to the hysteria created over it in a section of the media.

A section of the media had reported that the minister, while defending the loan before the National Assembly, said it was for the upgrades of facilities to enable NTA compete with the likes of America’s Cable Network News, CNN.

“In an era of social media, the real news is usually sacrificed on the altar of sensationalism and disinformation.

“That’s how I will describe the hysteria, in a section of the media, over the reportage of the 500 million dollars loan being sought from China,” he said.

The minister said the loan would be used to construct a headquarters complex and transmission network for Integrated Television  Services (ITS), the Federal Government-owned signal distributor and a major component of the country’s Digital Switch Over (DSO)

He said the fund would also be used to build an ultra-modern Media City in Ikorodu to have, Indoor/Outdoor shooting area, Animation Production Facility and Digital Media Training Centre.

He said other facilities in the city would include World Class Cinema, Four-Star Hotel, an Amusement Park and Amphi-theatre.

He disclosed that the Media City Training Academy was only the second of its type in Africa and the first is in Egypt.

He said the facilities would be used to train Nigerian broadcasters and filmmakers in the production of high quality media content programmes and make Nigeria a hub for digital movie production in Sub-Saharan Africa.

The minister also disclosed that the loan would be used for digitisation of all NTA Stations at the Headquarters, 12 zonal stations, the 36 states and FCT as well as 78 community stations.

He said the fund would also be used to upgrade, purchase and install relevant digital TV
broadcasting equipment compatible with DSO products and accessories.

Mohammed stressed that the equipment were necessary for the production and broadcast of digital programme contents in addition to provision of power system and manpower training. (NAN) 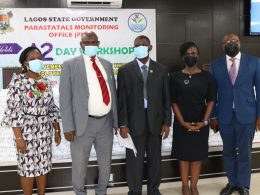 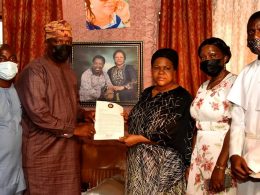 Nigerian Judge to Shoprite: You have $10m to pay before leaving Nigeria 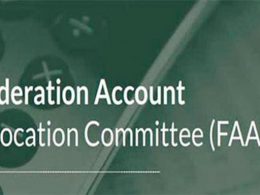 The Federation Accounts Allocation Committee (FAAC) has shared to the three tiers of government, N739.965 billion as federation allocation for September.
byTayo Aderinola
No comments