Rivers Governor Nyesom Wike has stated the National Chairman of the Peoples Democratic Party (PDP), Senator Iyorchia Ayu lacks the capacity to lead the party to victory in 2023.

Rivers Governor Nyesom Wike has stated the National Chairman of the Peoples Democratic Party (PDP), Senator Iyorchia Ayu lacks the capacity to lead the party to victory in 2023.

The Governor said no amount of blackmail and abuses against them would make his group back down on the demand the chairmanship of the party must be ceded to the South before the 2023 polls.

Wike spoke on Tuesday at the Government House in Port Harcourt when the management of New Telegraph Newspaper led by the Managing Director and Editor-in-Chief, Ayodele Aminu presented its letter nominating him as the political icon of the year.

A statement by the Governor’s Special Assistant, Media, Kelvin Ebiri, said Wike observed that the PDP was marginalising a section of the country.

Wike said because the zoning principle had been jettisoned in the PDP with the lack of seriousness to allow for inclusivity, convincing Nigerians to believe that the party could rescue the country was becoming a more difficult task.

He said Ayu had promised to resign his position should the presidential candidate of the party emerge from the north.

Wike maintained his allegation that Dr. Ayu was corrupt because he had not been able to account for the N11bn realised from the party’s primary and N100million he got from a Governor.

He said: “He made that commitment because he knows that it will not be equitable, there will be no fairness and justice if the presidential candidate comes from the same zone as him. And people are trivialising the issue. Why do you trivialise the issue?”

“If you like abuse us the way you want to abuse us but we will stand by what we have said. If you say you will not relinquish that position to the South, no problems.

“Go ahead, but you can’t force us to do what we think is not right, we will not do it. So, this kind of man cannot, in all honesty, take this party to any victory. He cannot.”

Wike berated Mr. Dele Momodu, a former presidential aspirant of the PDP, for trivialising the issues affecting the party and seeking cheap recognition.

He said: “All these professional praise singers and beggars who have nothing to offer just to rally round the presidential candidate, looking for what they will eat, are beginning to abuse people.

“Those, who even contested the primary without one vote are those who are talking. A presidential aspirant becoming a spokesperson to a presidential candidate.” 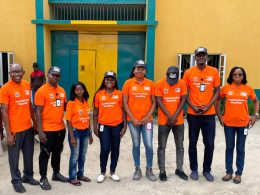 The Lagos State Domestic and Sexual Violence Agency (DSVA) has begun the provision of psychosocial support for sex offenders in a bid to curb sexual and gender-based violence in society.
byLateef Idris
No comments 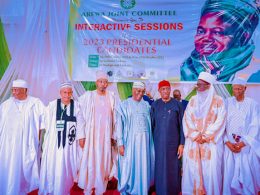 The Presidential Candidate of the Peoples Democratic Party, Atiku Abubakar on Saturday in Kaduna met with the leadership of the Arewa Consultative Forum and other northern socio-political organisations where he unveiled his agenda and campaign manifesto to them .
byTayo Aderinola
No comments

Buhari in early lead in Lagos

President Muhammadu Buhari, Presidential candidate of the All Progressives Congress (APC), is in early lead as INEC releases…
byTayo Aderinola
No comments