The Presidential Candidate of the People’s Democratic Party (PDP) Atiku Abubakar, has vowed to replicate Arsenal’s performance against Chelsea for Nigeria in 2023.

The Presidential Candidate of the People’s Democratic Party (PDP) Atiku Abubakar, has vowed to replicate Arsenal’s performance against Chelsea for Nigeria in 2023.

He made the vow on his official Twitter handle shortly after Arsenal defeated Chelsea in Sunday’s league game at Stamford Bridge.

His tweet reads: “Great win, Arsenal, even after a goalless first half. As Arsenal did in this game for we, the fans, we will also Recover Nigeria for Nigerians.”

Gabriel pounced to steer the ball over the line in the 63rd minute, after the hosts failed to deal with Bukayo Sako’s corner from the right wing, to give the Gunners a deserved lead. 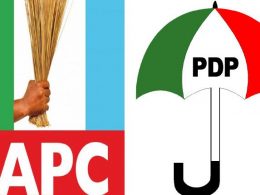 The All Progressives Congress, APC Lagos Spokesperson, Seye Oladejo has responded to his People’s Democratic Party’s counterpart Taofik Gani who recently had called out the state Governor, Babajide Sanwoolu, to resist the plan to entrench undemocratic rule in the Local government areas of the state.
byTayo Aderinola
8 shares
8
0
0
No comments 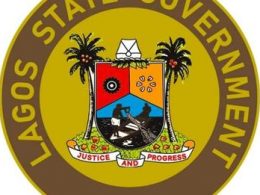 The Lagos State Government, Bosch Nigeria, Creative Youth Community Development Initiative – Solution17 for Climate Action, and the Delegation of German Industry and Commerce in Nigeria have initiated a partnership to implement “Trees From Art” in Lagos State.
byLateef Idris
No comments 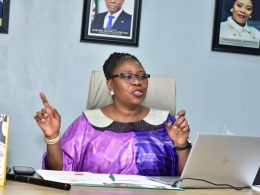 The Lagos State Government has assured financial institutions, including banks, that there will be returns on their investments in Mortgages due to the proposed amendment of the Lagos State Mortgage and Property Law.
byLateef Idris
No comments 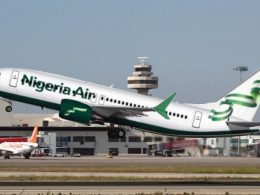 The Federal Executive Council (FEC) has given an approval to Nigeria Air to lease aircraft to start operations.
byTayo Aderinola
No comments