Governor Abdullahi Umar Ganduje of Kano State, on Sunday, said the All Progressive Congress, APC, and its presidential candidate, Asiwaju Bola Ahmed Tinubu, can rest assured of victory in the state in the forthcoming general elections.

Governor Abdullahi Umar Ganduje of Kano State, on Sunday, said the All Progressive Congress, APC, and its Presidential Candidate, Asiwaju Bola Ahmed Tinubu, can rest assured of victory in the state in the forthcoming general elections.

Ganduje stated this while addressing a mammoth crowd of supporters who thronged major streets of the ancient city of Kano for the One-million March Permanent Voter Cards, PVC, walk to show support for the APC presidential candidate. Seyi Tinubu, the son of the Presidential Candidate of the All Progressives Congress, Asiwaju Bola Ahmed Tinubu, on Sunday, led the rally in Kano State in support of his father for the forthcoming 2023 Presidential Election.

The One-million March PVC walk show which saw both young and adults, women and men carrying banners, posters, fliers and wearing aso-oke caps, T-shirts, face caps and many others bearing Tinubu and his running mate, Kashim Shettima, took off from the Emir’s palace and terminated at the Race Course field.

The governor said APC in Kano is strong and united, devoid of any form of crisis within the rank and file, which made the party stand a better chance to emerge victorious in the elections.

According to him, “There is no crisis within the rank and file members of the APC and we are all united to work for the victory of the party in 2023

“You can see that we promise one million PVC show march, but it turned out to be three milllion, indicating that the state is for APC’s presidential candidate in 2023.

“Come rain, come shine, the state is for the APC and nothing will make the electorate not to cast their vote for the party, because the teeming masses have seen the handiwork of the party,” Ganduje said.

Meanwhile, the One Million March PVC walk show was organized by coalition of 2,000 Tinubu Support Groups (TSG), under the leadership of Baffa Babba Dan’agundi, who doubles as the Managing Director of Kano Road Transport Agency, KAROTA.

The march, which lasted for hours, caused heavy traffic gridlock within the City center as they obstructed free flow of vehicular and human movements, leaving motorists to take alternative routes to get to their various destinations. 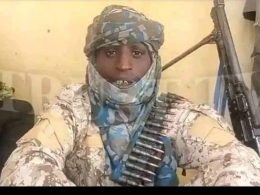 After Military bombardment, Turji says he is ready for peace or war

Following the aerial bombardment of his residence by military fighter jets, the notorious Zamfara bandit kingpin, Bello Turji, has expressed his dismay and “betrayal” over the action of the Nigerian government.
byTayo Aderinola
No comments

Lagos State Government, through the Office of Education Quality Assurance, has designed an initiative, “Read Aloud Lagos,” to…
byTayo Aderinola
No comments 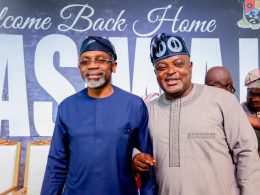