A group under the aegis of the Northern APC Youths Counselling Forum on Sunday endorsed Bola Tinubu for the 2023 presidency.

A group under the aegis of the Northern APC Youths Counselling Forum on Sunday endorsed Bola Tinubu for the 2023 presidency.

The group also endorsed Gov. Abdullahi Sule of Nasarawa State for a second term in the 2023 general elections.

Yusuf Nasir, Chairman of the forum, confirmed the endorsement at an interaction with newsmen in Lafia, Nasarawa State.

According to him, the endorsement is necessitated by their contributions to stabilization of democracy in the country, towards transforming the various sectors of the economy.

He said Tinibu had carried out a lot of projects while serving as the governor of Lagos State from 1999-2007.

“He is a detribalized Nigerian because as governor, a lot of northerners, Igbos and Yorubas from other states served under him.

“So we decided to mobilize people for him to reciprocate the gesture of physical and human capacity development done to Nigerians across the country, irrespective of the tribe or religious affiliation,” he added.

The group also called on the people of Nasarawa State to re-elect Gov. Sule for another term to enable him to consolidate and continue his transformational projects and policies.

He explained that the governor in the last three years had done well in security, education, economy, youth empowerment, and development, among others.

He said the group took the decision to endorse the duo after sincere deliberation on the current political situation in the country and the developmental stride of APC.

He added that the records of achievements of the duo and the value they added to democracy had endeared them to the majority of the people in the state and country. 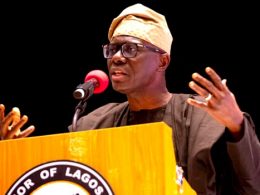 Firstly, I would like to commiserate with all Lagos residents who lost their loved ones during the third wave of the COVID-19 pandemic. Our hearts go out to you and the Incident Command System will continue to do everything that we can to mitigate the impact of this pandemic.
byLateef Idris
No comments 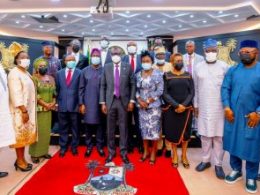 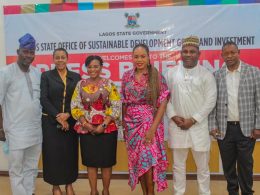 The Special Adviser to the Governor on Sustainable Development Goals (SDGs) and Investment, Mrs. Solape Hammond, has stated the need to establish a supportive structure that will enhance the youth network to effectively solve emerging challenges.
byTayo Aderinola
No comments