2023 General Elections: I want to create better Nigeria for my son – Banky W

The celebrity, who is seeking to represent Lagos Eti-Osa Federal Constituency at the National Assembly in 2023, said this during an interview with Daily Trust.

He said being a singer, a businessman, entertainer, and politician altogether was not easy but he pushed on to create a better Nigeria for his son.

He further stated that while creating a better society, he would also create time for his family.

He said, “It’s definitely not easy juggling fatherhood and being a husband, a businessman, and a business owner. Running for the office is easily the most grueling, difficult, draining, most time-consuming thing that you could ever do.

“So it’s not so easy juggling all those responsibilities. But for me, I think that there are a couple of important things. Number one, when I look into my son’s face, I look into his eyes, I realize that he’s the reason that I’m doing this because I don’t want him to grow up and experience Nigeria in the same state that it is now, or worse.

“I want to be able to look him in the face and say you know what, when things were going bad, I tried and I did my best and I gave it the best that I could. It’s important for me to do this so that as he grows up and looks back and sees what his father did and what his parents represented and what they tried to stand for in their time, he has something to be proud of regardless of where society is.

“Hopefully, we do enough that society itself is better for for him, and the generations to come. So for me, he’s partly a reason I feel the most important thing that I will ever do is getting into our government and trying to do things better. But then the other thing which is just as important is understanding that your family is your first ministry, your family is your first calling.”

He said he would not be so consumed by the drive to serve Nigeria that he would forget his roles as a father and husband.

He added, “It’s harder to do in politics but I’m trying the best that I can and God is helping me to make sure that my first calling as a husband and a father, I’m doing my responsibilities and then I’m doing everything else that I’m meant to do for society.”

On 11 November 2018, Banky W announced his intention to run for the Eti-Osa Federal Constituency seat on the platform of the Modern Democratic Party, formed in 2017.

In February 2019, he lost the election to Babajide Obanikoro of the All Progressives Congress.

Ahead of the 2023 general elections, the singer defected to the Peoples Democratic Party (PDP) to contest for the seat again against Obanikoro, who is seeking reelection into the office. 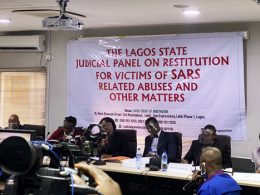 The National Human Rights Commission’s independent investigation panel on Thursday in Abuja ordered a Chief Superintendent of Police, Isah Hassan, to produce proof of the of a victim, Ovoke Godwin.
byLateef Idris
No comments 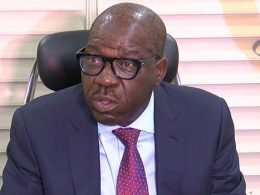 ASUU drags Obaseki to court over suspension of union activities

The Academic Staff Union of Universities (ASUU), has dragged the Governor of Edo State, Mr. Godwin Obaseki, before Benin City division of the National Industrial Court, over the suspension of all union activities across all state-owned institutions of higher learning.
byTayo Aderinola
No comments 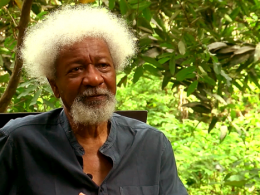 Nobel laureate Wole Soyinka has said he will prefer a united Nigeria but not in its current shape.
byLateef Idris
No comments

A female Sergeant-at-Arms, Mrs. Oyindamola Olorogun, made history on Monday as the first woman to bear the Mace…
byTayo Aderinola
No comments