The Independent National Electoral Commission (INEC) has assured potential voters in the country that the 2023 polls will be free, credible and reflect their expectations.

The Independent National Electoral Commission (INEC) has assured potential voters in the country that the 2023 polls will be free, credible and reflect their expectations.

Gumus who spoke with journalists on the sidelines of a two-day workshop on Election Monitoring and Support Centre (EMSC) for Heads of Department (HODs) in the Commission, said the 2023 elections would be an improvement on the 2019 elections.

According to her, all measures for free, fair and credible elections in 2023 were being put in place by the commission, part of which is the EMSC training for HODs.

She stated that the Commission was optimistic that votes, in line with the expectations of voters in the country, would count as witnessed in recent elections in Ekiti and Osun States.

“I am speaking on behalf of the Commission that as we have seen in Osun and Ekiti elections, the 2023 elections will be transparent enough and votes will count and that will further build confidence in the system.

“The 2023 elections will be more credible, fair and will be conclusive, that we assure Nigerians,” Gumus said.

She said the workshop would focus on the review of EMSC indicators and build on the capacity of HODs on EMSC report validation.

“Hence this training workshop will provide the HODs a better understanding to perform their duties, as the commission prepares for the 2023 general elections,” she said.

According to her, no fewer than 60 officials of the commission from Gombe, Adamawa, Yobe, Borno, Bauchi, Taraba, Plateau and Nasarawa States were being trained in Gombe State.

Ahead of the campaigns, the INEC national commissioner cautioned political parties on the need to ensure compliance with the rules and regulations of campaigns.

Gumus also appealed to Nigerians to be law-abiding and support peaceful processes leading to the conduct of the 2023 general election.

Alao said the workshop was to ensure efficient planning and organisation in the work of the Commission, promote consistency and responsiveness, minimise delays while engendering confidence of the political actors in the electoral process.

“This workshop will also help to strengthen the capacities of the INEC officers to counter disinformation, reinforce assurance and credibility in the general election procedures.

“This informs UNDP’s partnership with INEC to organise and fund these series of workshop,” he said.

According to the UNDP official, election is critical to democratic progress as it created an opportunity to advance democratisation, encouraged political liberalisation, and promoted rule of law and sustainable development.

He commended INEC’s sustained incremental improvement in the conduct of elections, especially since 2011.

Alao added that transparent and credible election remained the foundation to achieving the United Nations Sustainable Development Goal 16, which was aimed at promoting peaceful and inclusive societies.

He pledged the UNDP’s commitment to continue to assist INEC to achieve its mandate, as well as accomplish and sustain inclusive, transparent and credible electoral processes for a peaceful and cohesive society.

The News Agency of Nigeria (NAN) reports that the two-day training is being sponsored by UNDP towards ensuring transparent, free, fair and credible elections in the country.

Nigeria coach Gernot Rohr has defended his decision on his over-reliance on foreign-based players. There have been calls…
byTayo Aderinola
No comments 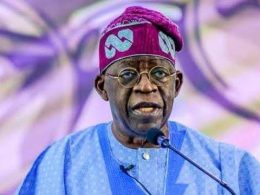 The Nigeria Diaspora for Asiwaju (NDA), a support group, has said the support for the former governor of Lagos State, Bola Tinubu, to run for the presidency in 2023 is a collective task.
byLateef Idris
No comments 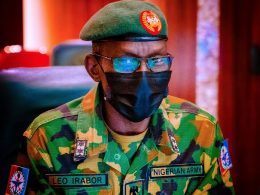 The Chief of Defence Staff (CDS), Gen. Lucky Irabor, says the Nigerian military is winning the fight against insurgency in the north-eastern part of the country.
byTayo Aderinola
No comments