Zambia beat Algeria 1-0 in Constantine to move within three points of Group B leaders Nigeria in African World Cup qualifying.

The Zambians’ first victory in Algeria came after teenager Patson Daka lifted the ball home midway through the second half.

The visitors also had Kennedy Mweene to thank after the goalkeeper saved Riyad Mahrez’s first-half penalty.

Zambia meet Nigeria next, in Uyo on 7 October, in a crucial tie.

Three months ago, 18-year-old Daka was one of Zambia’s star players as the team reached the quarter-finals of the Under-20 World Cup.

Meanwhile, Algeria – who performed creditably at the 2014 World Cup where they took champions Germany to extra-time – can no longer qualify for Russia next year.

The failure was greeted badly by some fans in Constantine, where the Desert Foxes missed several late chances.

They stay rooted to the bottom of the table with just one point and three defeats from their four games.

Late veteran Nollywood filmmaker, Amaka Igwe, has been honoured with a Google Doodle on her 57th posthumous birthday.…
byTayo Aderinola
No comments

Let me go straight to the point, Hackers have now deviced a very smart means of Hacking Facebook accounts.
byLateef Idris
No comments 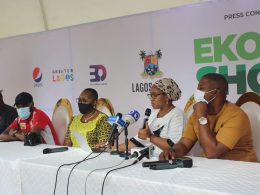 The Lagos State Ministry of Tourism, Arts and Culture, is set to celebrate Nigeria’s Independence with the “Eko on Show” festival slated for Friday, 15th October 2021, at Muri-Okunola Park, Victoria Island. The event is one of the strategies adopted to showcase and revive the entertainment scene in Lagos.
byLateef Idris
No comments