The Federal Government has disclosed that 19, 550 micro-enterprises have benefited from its Conditional Grant Scheme (CGS), from across 10 states in two years.

The scheme is expected to lift the sub-sector and make it more efficient and financially viable.

Adebayo said the ministry was vigorously pursuing many initiatives to improve the capacity of MSMEs in the country.

According to him, implementation of nationwide MSMEs clinics is ongoing to refurbish and further aid the growth of MSMEs in Nigeria.

He noted that the National Industrial Skill Development Programme (NISDP), was being implemented by the Industrial Training Fund (ITF), and has trained 17,176 males and 12,636 females in 59 trade areas, in 36 states including FCT.

“It is also implementing Women Skills Empowerment Programme (WOSEP), which has empowered 438 women in various trades across the nation,” he said.

He said Growth Employment Project (GEM), was also designed to support MSMEs operating in five high potential sectors in the economy including ICT, entertainment, hospitality among others.

Adebayo said that another notable intervention by the government was the creation of a National Council on MSMEs to enhance efficient coordination of the sub-sector.

“The council coordinates the achievements of all stakeholders in the public and private sectors and guides the formulation of policies and strategies to drive the holistic development of the MSMEs.

“Already, it has initiated and implemented the One-Local Government, One Product (OLOP) programme, which is expected to generate over 4, 900 new jobs,” he said.

He said that the council had established three common facilities to help revamp MSMEs in Nigeria.

He commended the outcome of the 10TH meeting of the council, hosted by Abia State Government, with the theme “Ease of Doing Business in Nigeria: The Role of States and Local Governments “.

He expressed gladness that implementation of the key resolutions at the meeting by stakeholders had impacted positively on the sector.

The minister reaffirmed the council’s commitment to strengthening the Micro, Small and Medium Enterprises (MSMEs) in view of its immense capacity to create jobs.

Amb. Marian Katagum, Minister of State for Industry, Trade and Investment, urged the National Council to come up with innovative resolutions, which would serve as catalysts for the promotion of the sector.

Katagum noted that the participation of the states was very crucial since they played a pivotal role in the implementation of the council’s resolutions.

She urged the participants to leverage on the new insights gained from the meeting to support the growth of industry, trade and investment in Nigeria.

The state minister commended the stakeholders, Akwa Ibom State Government and ministry officials, for the impressive turnout; and called for harmonisation of efforts by all interested parties for efficient delivery on their collective mandates.

The meeting which is holding from Dec. 2 to Dec. 6, has its theme “The Role of Small and Medium Businesses in Poverty Alleviation in Nigeria: The Way Forward”. (NAN) 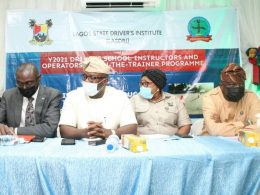 The Lagos State Commissioner for Transportation, Dr. Frederic Oladeinde, has appealed to stakeholders in the transport sector to rededicate their efforts towards improving Safety and Traffic Management on Lagos roads.
byTayo Aderinola
No comments 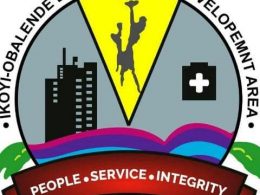 The Executive Chairman Ikoyi-Obalende LCDA, Hon Fuad Atanda-Lawal is leaving no stone unturned as he has embarked on aggressive drainage desilting for a free flowing drainage in order to avert flood and blockages in the forthcoming raining season. The exercise which lasted for a week cut across Ribadu Road and Okotie-Eboh Road.
byLateef Idris
No comments