The Lagos State Universal Basic Education Board (SUBEB) said 181,000 primary six pupils from private and the public schools across the state sat for the 2018 Placement Test into Junior Secondary School 1.

Sopeyin described the conduct of the test as satisfactory in the centres he monitored, which also included Immaculate Heart Comprehensive Junior and Senior High School, Maryland, Lagos.

“This is an annual event. What we are witnessing today is the placement for primary six pupils to gain admission into junior secondary schools in Lagos.

“As you can see, the whole place is peaceful; we have been to the classrooms and it is conducive for the purpose.

“ This is a pointer that parents are now getting interested in enrolling their children in Lagos schools.

“We have to congratulate and thank Lagos State Governor, Mr Akinwunmi Ambode, for his passion for education in the state,’’ he said.

Sopeyin said that parents enrol their wards in Lagos primary and secondary schools due to the upgrade of infrastructure to meet international standards.

“About three days ago, his Excellency magnanimously announced that very soon, Lagos State will be employing more teachers for its schools.

“With all these, we can only enjoin parents to take their own part seriously, ensure that their children come to school and provide necessary materials for them, to enable them have very sound education as prepared for them by the government,” he said.

Sopeyin also said that the conduct of the 2018 test was an improvement on what obtained in 2017.

According to him, saying there is a lot of improvement with the use of Optical Mark Recognition (OMR) sheet.

“If you look at the OMR sheet, the paper was customised; the children’s details were printed on the sheet for easy identification.

“That is why you can see there is no rancor or problem, unlike in the past when the pupils will be running around because they could not find their names.Thank God we have taken care of that.

“Some parents were even agitating that they forgot their slips at home and we told them not to worry, that there are other means to identify the pupils,” he said.

Sopeyin commended the parents for conducting themselves in orderly manner and trusting in government.

He said security men were deployed to various centres to ensure safety of the pupils.

The chairman said the results of the test would be ready in one week, urging proprietors, headteachers and other school owners to check for them at the SUBEB office complex.

A parent, Mr James Okon, who spoke to the News Agency of Nigeria (NAN), commended the state government for the smooth conduct of the test.

Okon said his daughter was admitted into the examination hall without officials requesting for anything.

“I am happy about the conduct of the test, everything was well organised, we did not stress ourselves to locate the centre,” he said. 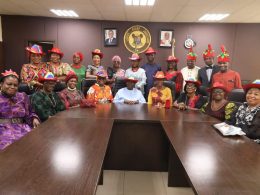 The Lagos State Judiciary has held an end of year ceremony to appreciate God for the success recorded during the year despite the storms and threats to the State's judicial system as a result of COVID-19 and other factors.
byLateef Idris
No comments

Nigeria’s coronavirus cases jumped overnight from 12 to 22, with three new cases in Abuja and seven new…
byTayo Aderinola
No comments 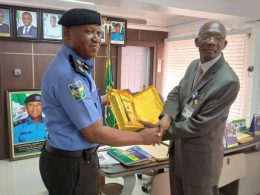 On the 9th of November 2020, 94 new confirmed cases and 4 deaths were recorded in Nigeria Till…
byTayo Aderinola
No comments