The Lagos State Traffic Radio at the weekend honoured some staff and stakeholders who have contributed immensely to the success of the station in the last 10 years.

The Lagos State Traffic Radio at the weekend honoured some staff and stakeholders who have contributed immensely to the success of the station in the last 10 years.

The station had begun a month-long activities to mark its 10 years of existence and crowned it with a Gala/Award night held in Ikeja, Lagos on Sunday.

Speaking at the Gala Night General Manager, Lagos Traffic Radio, Tayo Akanle said the dinner marked the end of the month-long activities that were deliberately planned to celebrate the existence of the station in the last 10 years despite the mirage of challenges.

He said the resilience of the station was a reflection of the unique character of the State that always recovered
quickly from challenges even with optimism.

“The last ten years is full of ups and downs but it is gratifying to state that the verifiable successes recorded so far have greatly made the brand equity of the station become stronger, upscaling its rating in the comity of broadcast radio station in Lagos in particular and Nigeria in general.

“This, among others reasons, informed the dire need to celebrate the station just as it is gaining momentum to deliver more in the future.

“During this event, the station will be recognizing and presenting awards to few individuals and corporate entities who are among the numerous contributors and supporters of the station. As you are all here to celebrate with us, we are also celebrating you all because we believe strongly that you are all part of the success story of the station,” he said.

Awards were given to some individuals, such as Adenusi Patrick, Abdulhafis Gbolahan Toriola, Dennis Oloriegbe, Bisi Sonusi, Bolanle Edwards and Austin Adekunle Shonaike, as Outstanding Resource Persons of the decade. 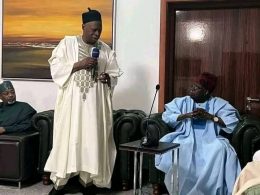 Asiwaju. Bola Ahmed Tinubu, the 2023 presidential candidate of the All Progressives Congress has charged the party’s National Working Committee (NWC), to stand strong, united, and vigilant ahead of the elections.
byLateef Idris
No comments 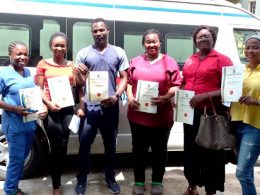 The Medical Director, Ebute Metta General Hospital, Dr. (Mrs.) Onomoare Juliana Olunuga, has recognised the hard work and diligence of the medical team at the hospital.
byTayo Aderinola
No comments 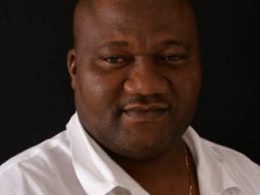 “Today, I am pleased to inaugurate 43 new Ministers who will work with me and the Vice President…
byTayo Aderinola
No comments