World Cup: Round of 16 Classic; Schmeichel’s hat-trick not enough

The tension in the warm Nizhny Novgorod air was palpable. One of the world’s most technically gifted players stood over the ball. Luka Modric was ready to send Croatia into the 2018 FIFA World Cup™ quarter-finals. Minute 116 of a terse, tense affair in the Round of 16 had brought a showdown between Denmark’s Kasper Schmeichel and Modric, with the score poised at 1-1.

With the match then heading to a penalty shoot-out, the Leicester City man’s stop from Modric was the first of three penalty saves in the arena perched on the edge of the Volga River. That would usually be enough to claim victory, but it was not to be for the Danes, who exited thanks to heroics from Schmeichel’s opposite number Danijel Subasic.

Due to his superlative performance during normal and extra time, as well as during the shoot-out, fans from around the world recognised Schmeichel as the Budweiser Man of the Match. In defeat, he maintained an understated sense of satisfaction at his side’s efforts.

“It’s a strange feeling,” Schmeichel said. “Huge disappointment but also enormous pride about our team. I’m talking not only about the 11 on the pitch but everyone involved – all the work they’ve put into it to make sure we can go out and perform.

“I think we were the better team in the second half and also in extra time. We had no luck. It is difficult to accept and put into words.”

‘No luck’ is certainly an apt way to describe Schmeichel’s penalty-saving performance. Not only did he show nothing but aptitude and skill in the saves he did make, but he was inches away from keeping out Modric’s second penalty – during the high drama of the shoot-out.

“Obviously I always back myself in any situation,” Schmeichel said. “I’ve played a lot of games and with the penalties, I went with my intuition – what I felt in the moment and that was unfortunately not enough in the end.” 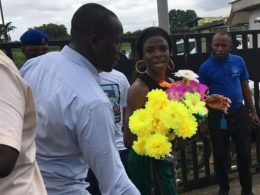 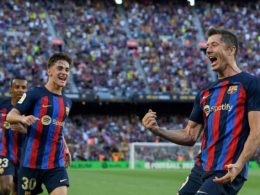 Barcelona went top of LaLiga as a Memphis Depay strike and Robert Lewandowski’s double saw them cruise to a 3-0 victory against 10-man Elche at Camp Nou.
byLateef Idris
No comments 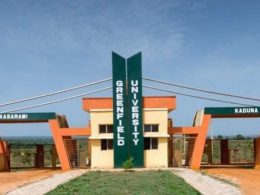 Parents of the remaining 16 abducted students of Greenfield University, Kaduna State, have been thrown into further confusion, following the decision of the kidnappers to cut further communications with them.
byTayo Aderinola
No comments