A governorship aspirant in Delta State under the All Progressive Congress (APC), Professor Partrick Okedinachi Utomi has accused Delta politicians and Nigerian elite of always pursuing self interest.

Utomi, while pledging to create two Lagos cities out of Delta State, bring back Shell and other multinational company and eradicate poverty, said he’s contesting for the number one seat in the state to right the wrongs and make the state the pride of every citizen of Nigeria.

Utomi, who was the 2007 presidential flag bearer of the African Democratic Congress (ADC) and the 2011 presidential candidate of the Social Democratic Mega Party(SDMP), made the disclosure at programme organised in his honour by Joseph Edgar of Katunga Media, in Lagos.

Utomi said, I am disheartened by the political culture in Nigeria; political parties are supposed to represent something.

Nobody can say the journey has been perfect, there are times I felt things could be done differently but I said to myself that I have a duty and obligation to change the cause of things.

I can say that I was one of the founder of APC; The manifesto of the APC was written in my living room by VP Yemi Osinbajo, Wale Edu and I

“A party is a matter of ideas, values coming together and putting appropriate people to form a strong ideology but we are not doing enough of it, we were exactly what they call a Special Purpose Vehicle (SPV) that bring together interest.

On Delta, he said, “Delta is a night economy. I was shocked that when Shell wanted to leave Warri, politicians were scrambling to buy their properties instead of persuading the company to stay.

Warri is an ocean facing city that should not depend on federal allocation to put things right. I only have three points agendas which will completely transform Delta State.

Getting rid of poverty is possible with a transition programme where within weeks, we can create the kinds of LAWMA and LASTMA to engage thousands of people.

We will essentially provide quality education that everyone will be proud of as well as making healthcare available.

We don’t need money from the Federal Government to work in Delta State; we are going to create railway networks, marine networks. We can create two Lagos cities out of Delta”.

Utomi challenged Nigerian elite ‘living in false security of non participation’ to step out of their comfort zones to contribute to nation building. 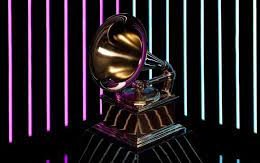 The predictions for the 64th Grammy Awards are in and, with a diverse group of nominees, the Recording Academy will honor artists ranging from 95-year-old Tony Bennett to 19-year-old Olivia Rodrigo in Las Vegas.
byLateef Idris
No comments