Senator Bola Tinubu, the National Leader of All Progressives Congress (APC), has described Ekiti is a state where change is necessary.

At the launch of the mega rally of APC’s governorship candidate, Mr Kayode Fayemi, in Ado Ekiti on Tuesday, Tinubu said that Ekiti would join the progressives after the change.

“We will not take Ekiti back to the past. You all must use your Permanent Voters Card (PVC) to vote in APC.

“Your PVC is your red card. Use your PVC to give PDP a red card on July 14,’’ Tinubu advised the crowd.

Former Edo state governor, Mr. Adams Oshiomhole, who spoke after Tinubu narrated how his plane was grounded and prevented from travelling from Benin to Ekiti in 2014 to campaign for Fayemi.

The APC National Chairman candidates said that the injustice meted on him in 2014 was a play of dictatorship of the past administration,

He urged Ekiti people not to be afraid because those who assisted in perpetrating the crime have been relegated.

“Those people are no longer there. There is no more need to be afraid. Come out and vote on July 14. You will be protected.

“The good news is that on July 14, Fayemi will be the candidate you will vote for.

“It will no longer be bad for Ekiti but good.

“The past four years was for the thief, but July 14 is for the owner.’’

Adeyeye, who was also a governorship aspirant of PDP, said: “PDP died in Ekiti since May 29.’’

“I have decamped from PDP and many others would soon join the APC.’’
He said he was now committed to APC to ensure that Ekiti came up again in terms of development

He congratulated them and assured then that “we will be here to celebrate victory’’. 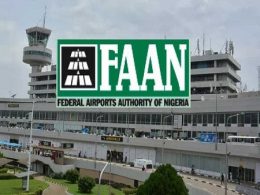 90 Airport Staff, others arrested for fake COVID-19 results, other crimes

Ninety airport staff have been arrested for fake COVID-19 results as well as engaging in other criminal activities.
byTayo Aderinola
No comments 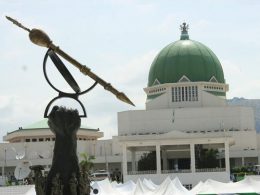 The House of Representatives says it will address the refusal of President Muhammadu Buhari to assent to the 2021 Electoral Act in January.
byTayo Aderinola
No comments

Fuel tanker on Wednesday morning caught fire on the busy Magboro section of the Lagos-Ibadan Expressway. The incident,…
byTayo Aderinola
No comments