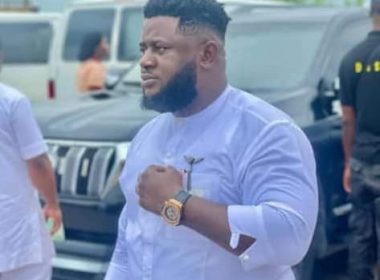 A video of John Lyon, an alleged kidnapper weeping like a child in police custody, is trending online. In the video, the suspect popularly known as “Lion White” was shirtless, putting on only boxers. Without both hands chained, Lyon pleaded for mercy, saying he was only involved in kidnap operation twice.
byTayo Aderinola
No comments