An Ebute Meta Chief Magistrates’ Court, Lagos, on Tuesday remanded in prison a 29-year-old man, Taiwo Akinola, for smashing a stabilizer on his sexagenarian-mother’s head.

The accused is facing an attempted murder charge.

The Chief Magistrate, Mrs O.A. Komolafe, who gave the order, said the accused should be kept behind bars at Ikoyi Prison pending advice from the State Director of Public Prosecutions (DPP).

Earlier, Police Prosecutor Kehinde Omisakin told the court that the accused committed the offence on Aug. 19 at 8.00 a.m. at No. 2 Raji Ajanaku St., Ayobo, a Lagos suburb.

Omisakin said the accused had in a bid to murder his mother, Iyabo Fawole, 68, smashed an automatic voltage stabilizer and a wooden stool on her head.

The offence contravened Section 230(1) of the Criminal Law of Lagos State, 2015.

The case has been adjourned until Oct. 8 for mention.

Oshiomhole, others can return as members of APC NWC, says Tinubu 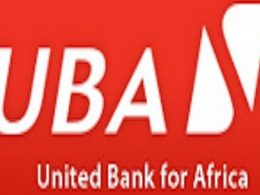 United Bank for Africa (UBA) Plc recorded a well-rounded performance in 2021 with considerable growths in earnings and balance sheet.
byTayo Aderinola
No comments

Saraki meets Buhari over alleged plot by IGP to implicate him