The Lagos State Government on Friday said arrangements are in top gear to deploy additional 10,000 High Definition (HD) CCTV cameras across the State as part of the comprehensive Smart City Programme designed to provide a 24-hour driven economy.

Speaking at the annual Ministerial Press Briefing to mark the third anniversary of Governor Akinwunmi Ambode’s administration, Commissioner for Science and Technology, Mr Hakeem Fahm said the smart city initiative, which is on course, was intended to allow the people and companies operate in a safe and secure environment thereby creating more jobs and increasing the Gross Domestic Product (GDP) of the State.

Giving details, the Commissioner said the focus of the smart city programme basically includes provision of security and surveillance, implementation of a metro fibre network and e-Governance, adding that apart from HD cameras with gantries deployed in the first phase, other scope of the project involves integration of the deployed cameras with Centralized Emergency Command and Control Centre (CCC), provision of road signature structure and street lights across the State.

He said the initiative would address security, transportation and infrastructure in a sustainable manner, adding that thousands of surveillance CCTV cameras would eventually be deployed across the length and breadth of the State.

“The security component will deploy thousands of surveillance CCTV cameras through the length and breadth of the State. The transportation component focuses on Intelligent Transport Service (ITS) and the connectivity component with provision of a metro fibre network through a major Internet Service Provider (IPS) that will eventually lead connectivity to various homes, offices and institutions in the State,” Fahm said.

On activities of the Ministry in the last one year, the Commissioner said it was gratifying to report major portals being developed such as Driver’s Licence Processing and Verification Portals to ease the process of driver’s licence issuance and verification of vehicle registration, Education portals to enhance learning and registration of private schools, while Land Use Charge portal and Citizens Gate app, a platform where residents can engage with government online, were successfully implemented.

He said through the Lagos State Online recruitment and testing portal, a total of 1,500 Local Government staff were recruited in November 2017, while free Wi-fi were provided at three selected parks and gardens across the State with plans to provide additional Wi-fi access at bus terminals and several parks and gardens in the State.

On Yaba Information Communication Technology (ICT) hub, the Commissioner said the project was another eloquent example of the commitment of the present administration to truly create another Silicon Valley in the State where new set of entrepreneurs and innovators would be raised to address the challenges confronting the nation in the ICT sector.

He said upon successful completion of the project, Lagos would become the catalyst for Information Technology (IT) penetration and enablement not just in Nigeria but Africa.

According to him, “The ICT hub is aimed at boosting innovation and creativity among youths with soft skills knowledge in the State. The hub would create enabling environment for youths to showcase their talents, being future technology leaders and with a burgeoning youth population facing growing employment challenges, Lagos State saw the need to embrace software development and key into vast opportunities available.”

While alluding to the activities of the Lagos State Residents Registration Agency (LASRRA), the Commissioner said in line with the mandate of the agency to register and issue residency card to residents thereby providing government with reliable demographic database to assist in effective planning and allocation of resources, over four million residents have so far been captured through deliberate strategies put in place in the last one year.

The Nigerian Citizens Association in South Africa (NICASA), has underscored the need for Nigeria and other African countries…
byTayo Aderinola
No comments 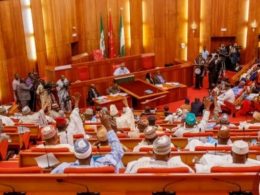 The Senate has confirmed the nominations of five Executive Director-nominees of the Nigerian Midstream and Downstream Petroleum Regulatory Authority (NMDPRA).
byLateef Idris
No comments 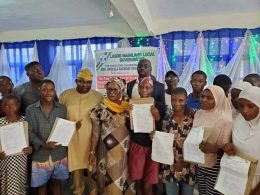 Education they say brings development to the community with new ideas, and innovation.
byTayo Aderinola
No comments 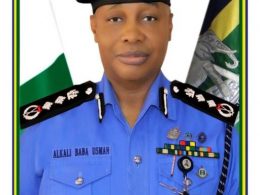 The Inspector-General of Police, IGP Usman Alkali Baba, psc (+), NPM, fdc has assured the nation of maximum security as the nation marks the 61st Independence Anniversary on Friday, 1st October 2021. The IGP noted that the Force has emplaced adequate security measures to protect the citizens, ensure the success of all the activities lined up for the anniversary celebration, and prevent any untoward situation throughout the celebration and beyond.
byTayo Aderinola
No comments