Senate President Bukola Saraki has said the senate plans to amend the 1999 constitution to allow for the creation of state and community police as a major strategy in combating insecurity.

Saraki said on Tuesday: “Today, my colleagues and I in the eighth Senate resolved to begin the process of amending the Constitution to allow for the creation of State and Community Police. This is following our debate on solutions to the killings across the country.”

He told the Conference of State Assembly Speakers that he and his colleagues in the 8th have resolved to begin the process of amending the Constitution to allow the creation of State and Community Police. 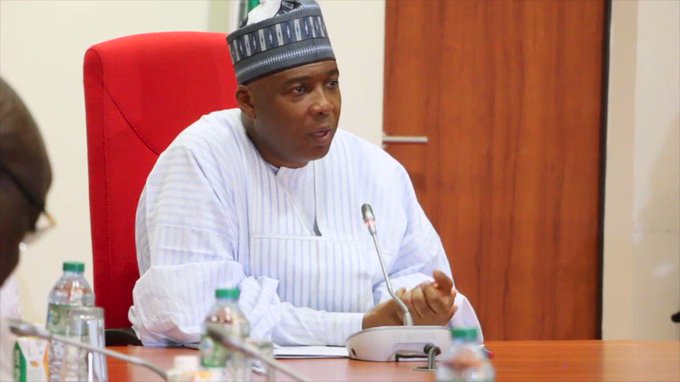 Today, my colleagues and I in the 8th Senate resolved to begin the process of amending the Constitution to allow for the creation of State and Community Police. This is following our debate on solutions to the killings across the country. https://goo.gl/6hPvfq

The plan by the Senate comes after years of calls by a section of Nigerians for the creation of state police and debate over the issue.

Recent killings in several states have revived the debate over state police with several governors lamenting, over time, about their helplessness to provide security for residents of the state.

In reaction to the killings, the Senate had previously called for more decisive action with some Senators demanding the removal of the service chiefs.

The decision of the Senate to amend the Constitution in favour of state and community police followed a debate on the killings across the country and in Plateau State – after a Point of Order raised by former Plateau Governor, Senator Jonah Jang.

In his comments, the Senate President condemned the killings once again and said it was necessary for the Senate to condemn it and play its role in ensuring the security of lives and property.

“We have talked about the fact that whether these killings were initial acts of aggression or reprisal attacks, it is clear that either way, it is totally unacceptable and we must condemn it in all totality,” he said.

“Secondly, these are acts of criminality and we should not encourage any other colouration to it, be it religious or otherwise. This is criminality. And as such, we have a role to ensure that we must address this criminality to see how we can fight it.

“We have spoken on many platforms and made suggestions to the Executive on the fact that there is a need for an urgent review of the security architecture of the nation.”

Having made suggestions and listened to security agencies over the killings, Saraki said it was important for the lawmakers to do their own part.

The senate condemned the terrorist attacks, mass killings and displacement of the people and occupation of their homes and farmlands;

“We MUST all put aside our political, personal, and ideological differences and work together to stop the bloodshed,’’ he tweeted.

Today, the Senate resolved to direct its constitutional review committee to put in place the machinery to amend the Constitution to allow…

Saraki said: “The security and welfare of the people is primary purpose of government. This is what the Constitution we all swore to uphold says. At no time whether in the past or in the present is it okay to lose even one Nigerian life.’’ Lagos state first lady, dr. Ibijoke sanwo-olu on tuesday called for a deliberate effort to debunk the various myths against the rights of women and parenting, saying the reality of today has made it imperative for the modern woman to be adequately equipped and empowered.
byLateef Idris
No comments