byTayo Aderinola
2 minute read
Ambode on Monday picked his nomination form for a second term at the APC Headquarters in Abuja.
Total
0
Shares
0
0
0

Gov. Akinwunmi Ambode of Lagos State on Monday made a public declaration for re-election in 2019 on the platform of the All Progressives Congress (APC).

Ambode spoke at the open ground in Alausa, while addressing party faithful who thronged the place, telling them there was more to be done and he was not tired.

Ambode had earlier picked his nomination form for a second term at the APC Headquarters in Abuja.

“In these three and a half years as your governor, I have seen visible proof that we can achieve unbelievable things when we all come together with no more than our belief in our dreams.

“We achieved because you believed. But there is still a lot more to be done. But I am not daunted. I am not tired and I am sure you feel the same way because we all envision a better Lagos, a Lagos of our dreams,” he said.

As I seek to continue with your mandate to steer the affairs of our State, I humbly call on all Lagosians to again give me your support. I ask you to believe again and together, LET’S ACHIEVE MORE”. Said Governor Akinwunmi Ambode

The governor said he had collected his nomination form earlier in the day, and asked for support as he sought to continue with the mandate to steer the affairs of the state.

“I ask you to believe again, and together, let’s achieve more.

“Exactly four years ago, I called on you to join me in a journey of selfless service to build a secure and prosperous Lagos State driven by a vibrant economy and supported by quality service, equity and justice.

“You believed in me and gave me your support,” Ambode said.

He thanked Lagosians for believing in him and his government as well as their support so far throughout this administration.

“I thank all members of our great party, the All Progressives Congress; our political leaders, most especially our National Leader, Chief Bola Ahmed Tinubu, for giving me the platform to contribute to the further growth and development of our state.

Speaking on Ambode’s second term bid, Sen. Gbenga Ashafa representing Lagos East Senatorial District, said he was happy with Ambode’s declaration and was in support of his move.

Ashafa called on residents to support Ambode in order to witness a more prosperous Lagos.

Also, a member of the House of Assembly, Mr. Tunde Braimoh, said Ambode deserved a second term as all he had done was visible for all Lagosians to see.

NAN reports that the event was attended by party chieftains, among other faithful. 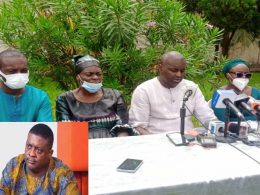 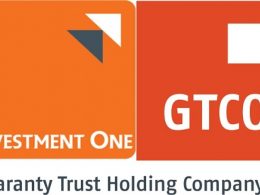 Guaranty Trust Holding Company Plc (GTCO Pic), is pleased to inform The Nigerian Exchange Limited and the investing public of the completion of the acquisition of 100% shares in Investment One Funds Management Limited.
byTayo Aderinola
19 shares
19
0
0
No comments

The Federal Government is facing the risk of paying $2.5b as litigation fees if it goes ahead to…
byTayo Aderinola
No comments 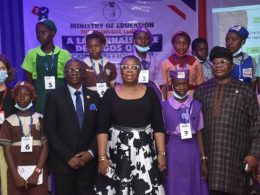 The Lagos State Government, in a bid to spur the interest of students and showcase the various opportunities associated with French as a major lingua franca in the world, has organised the Y2022 edition of “A LA CONNAISSANCE DE LAGOS” (How Much of Lagos Do You Know), a French Quiz Competition for students across the State.
byLateef Idris
No comments