PDP on Monday in Abuja urged the campaign committee to do everything within the law to win the Sept. 22 governorship election in Osun just as the All Progressive Congress (APC) earlier tasked its 63-member Campaign Council.

National Chairman of PDP, Mr Uche Secondus, gave the charge when he inaugurated the party’s National Campaign Committee for the election.

Secondus said that members of the committee were carefully nominated because of the importance of Osun to the PDP.

He said that PDP believed that its candidate was the best for the state, and assured that it would not allow itself to be rigged out in the election.

“We will not allow vote-buying in Osun because that is rigging and rigging is corruption.

“I believe that the international community is watching and all eyes are on this nation,’’ he said.

Secondus advised security agencies not to allow themselves to be used, reminding them that they had sworn to uphold the Constitution, not an individual or politician.

He urged them to the loyal to Nigerians, the Constitution and the electoral process and law.

He also called on all stakeholders to rise and condemn rigging, vote-buying and intimidation in elections by security agencies.

Seconduc said that the committee had the responsibility to augment all activities of campaign and reach out to all the critical stakeholders.

“It should mobilise all our people in all the local government areas of Osun, and to do everything necessary within the law for us to win the state.’’

In his response, Saraki promised that the committee would ensure that the PDP won the Osun poll.

He said that the election was important because PDP had lost two governorship elections in the South-West – Ekiti and Ondo.

“We must win Osun to prove that Osun is the home ground of the PDP. This is a state where salaries are not being paid,’’ he said.

Saraki said that winning the Osun poll was not just about the state but to also serve as a momentum for the 2019 general elections.

He expressed hope that President Muhammadu Buhari would live up to his promise to world leaders that the 2019 elections would be free and fair.

The All Progressives Congress (APC) had last week constituted a 63 Campaign Council made up of 14 governor and 8 Ministers and 41 other members of the National Assembly and seasoned politicians, include former Akwa Ibom state Governor, Godswill Akpabio to spear head the party’s campaign for the governorship election in Osun State.

The National Chairman of the party, Comrade Adams Oshiomhole, said the task before the, was to ensure that the APC retain the governorship seat in Osun state by working with party leaders in the state and mobilizing the people to vote massively the APC candidate.

Oshiomhole said “many of you present here have been very much involved in helping to provide leadership in most of the campaigns that we have had in recent times after the last general elections.

“The most recent one is that of Ekiti State where your Excellences did very well and some of the governors who were much involved in that exercise are not here but some of you here were very much involved in it.

“So, we have a body of experience to go about and the whole idea is to sustain the values and the ideals of our Party, which is based on transparent elections on the basis of one man, one vote and joining forces with the party leadership in the state, to work hard, to mobilise people of Osun State to vote wisely for the

“The importance of any election doesn’t require much elaboration. As a governing party, Nigerians resolve in our favour that the All Progressives Congress should not only preside at the centre.

They have expressed so much trust and confidence in our party, that on our party’s platform, 24 governors were elected even though the Supreme Court judgment had said it is parties that win election not an individual.’’ 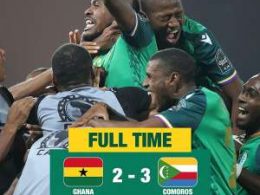 Four-time champions Ghana were eliminated from the Africa Cup of Nations after crashing 3-2 to minnows Comoros in Group C on Tuesday in Garoua.
byLateef Idris
2 shares
2
0
0
No comments 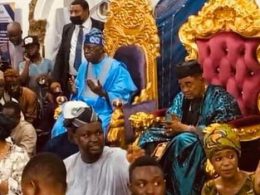 The National Leader of the All Progressives Congress (APC), Asiwaju Bola Ahmed Tinubu has continued his consultation towards his quest for his 2023 presidential ambition with a visit to the Paramount Traditional Leader, HRM Alafin of Oyo, Oba Lamidi Adeyemi III on Sunday.
byTayo Aderinola
No comments

The Lagos State Government on Wednesday confirmed a case of Lassa fever outbreak in the state, saying the…
byTayo Aderinola
No comments

The Lagos State Police Command has again directed its operatives to go after unregistered vehicles, vehicles with covered…
byLateef Idris
No comments