Babajide Sanwo-Olu has formally announced his bid to seek the ticket of the All Progressives Congress (APC) in the 2019 Lagos governorship election.

Sanwo-Olu made his intention known on Sunday while addressing his supporters at City Hall, Lagos.

The governorship aspirant says he intends to make Lagos the “greatest, most vibrant city on the African continent, taking its rightful place in the comity of states around the globe”.

He said: “I have a vision for a Lagos with modern and affordable transport system, impeccable public health facilities, world class educational institutions, where we succeed in educating and skilling our youth, especially our children.

“A vision for a Lagos where our children are educated and our youth are highly-skilled, healthy, free of hunger, illiteracy, disease and destitution.

“There’s a lot of work to be done to achieve the Lagos of our dream.”

Sanwo-Olu said he “will be a good party man and run an inclusive government” while he also commended Babatunde Fashola, former Lagos governor, for his efforts while leading the state.

The former banker is believed to have the backing of Mandate Movement, a group loyal to Asiwaju Bola Tinubu, APC National Leader.

He will contest against Akinwunmi Ambode, Lagos governor, for the APC ticket. 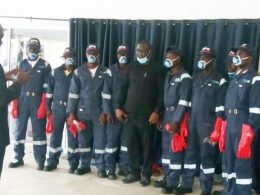 In recognition of the relevance and activities of the informal e-waste operators in the State, a comprehensive training programme was organised by the National Environmental Standards and Regulations Enforcement Agency (NESREA), in collaboration with Lagos State Environmental Protection Agency (LASEPA), Lagos Waste Management Authority (LAWMA) and E-Waste Producer Responsibility of Nigeria (EPRON), to expose the collectors to basic operating procedures as well as laudable approaches to mitigate environmental health risks associated with improper handling and management of e-waste.
byLateef Idris
1 share
1
0
0
No comments 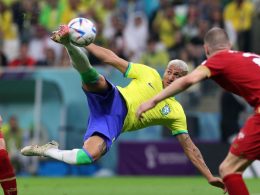 A second-half brace by Richarlison, including a stunning overhead scissor kick, gave tournament favourites Brazil a 2-0 win over Serbia in their opening World Cup game at the Lusail Stadium on Thursday.
byTayo Aderinola
No comments

The visiting 15-member medical team from China have arrived the Nnamdi Azikiwe International Airport, Abuja, despite opposition by the…
byTayo Aderinola
8 shares
8
0
0
No comments 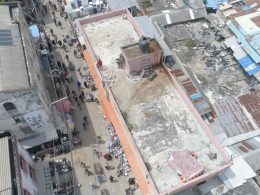 Lagos Waste Management Authority (LAWMA) has commended some markets and business facilities in the state, for supporting its drive to sustain effective waste management across the state, by ensuring their business transactions were carried out in a hygienic environment.
byTayo Aderinola
1 share
1
0
0
No comments