Sources in the know also confirmed to Sunday Tribune that the Senate Minority Leader has been having a running battle with the governor of his home state, Udom Emmanuel,  for more than two years and that the situation recently became unmanageable as both parties were said to have gone for each other’s jugular.

It was gathered that the governor had complained to a number of stakeholders in Akwa-Ibom State about what was described as the overbearing attitude of Akpabio.

It was learnt that the governor and Akpabio have actually been engaged in a game of wits over the planned defection from the PDP.

At a time, the situation became somewhat funny as it was said that they were struggling to outwit each other in the defection race.

A source said: “There was a strong suspicion in Akpabio’s camp that the governor was having a secret agenda with chieftains of the All Progressives Congress(APC) ahead of the 2019 elections.

“The suspicion was to the effect that the governor was seeking the assistance of the APC to help him gain total control of the political structure of the state with a promise to create some inroads for the ruling party in the state, especially by ensuring that the party capture more than 20 per cent of the votes in the presidential election and also win some senatorial seats.

“There was the belief that the governor might have traded off Akpabio’s seat,  while  allegedly reaching out to some APC negotiators. The suspicion grew when more than a year ago, a security summit held in the state, with the governor and top security chiefs of the administration  said to be showcasing some unusual friendship.”

It was learnt that Akpabio’s camp had sensed danger with the perceived growing rapport  between Akwa-Ibom and Abuja and moved to save a career already being threatened by a successor the former governor believed would enable him control the state for years.

As sources had it, Akpabio had to reach out to his friends in the APC to help save his political career ahead of the 2019 election.

It was learnt that the “friends”  suggested to him the only way is for him to defect to the ruling party, APC.

It was learnt that the former governor initially saw that possibility of defection as dangerous to his politics, especially as he holds the office of a Minority Leader, sources, however, said that he was assured when he met with the topmost echelon of the APC and the administration and the deal was sealed.

Insiders said that the deal initially indicated that Akpabio would reduce the intensity of opposition on the floor of the Senate, a development that was easily seen through by the PDP Senators, who sometime ago, staged a plot to remove Akpabio.

It was, however, understood that with the latest gale of defections hitting the APC hard, the party had to get something big to show and the decision for Akpabio to defect was revisited and re-energised, sources further said.

Akwa- Ibom’s Governor Udom Emmanuel has, however, continued to maintain the friendly posture with his predecessor and godfather.

Sources said that the governor has decided he will not openly disagree with  his predecessor, notwithstanding the enormity of stories out there.

In the Senate, it was learnt that the PDP is already bracing up for a post-Akpabio leadership with sources hinting that the party may zone the leadership out of the South-South if it becomes “absolutely necessary to do so,” adding that the South-East could be the next destination, even though the zone already produced the Deputy Senate President.

“We are entering an emergency situation and anything can happen,” a source stated.

Besides Akpabio, whose defection to the APC is a matter of weeks, sources said another South-South governor on the platform of the PDP has also been “struggling” to justify his planned defection  from the PDP.

It was learnt that the governor, who sometime ago disagreed with the manner in which the party was being run, had told his close associates he “cannot stand” some of the governor-colleagues seen as power brokers in the PDP.

Though one of the political reasons given by the said governor to engage the APC set up recently fell flat, it was gathered that the South-South governor is unrelenting in his bid to take his key oil-producing state to the fold of the APC. (Sunday Tribune)

Mallam Abba Kyari’s death was the 11th recorded in Lagos since the COVID-19 outbreak. The Chief of Staff…
byTayo Aderinola
No comments 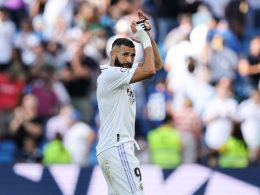 A court-martial sitting in Maiduguri, Borno State capital has sentenced a trooper, Azunna Maduabuchi, to death by firing squad after he was found guilty at the court session held at the Maimalari Cantonment, Maiduguri on Tuesday.
byTayo Aderinola
No comments 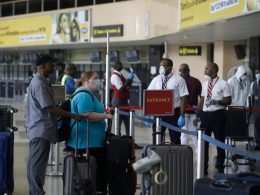 The Nigerian government said the travel restrictions enforced to curb the spread of the Omicron variant of COVID-19 had no health benefit.
byTayo Aderinola
No comments