The National Working Committee of the All Progressives Congress (APC) was preparing ground for Senate President Bukola Saraki’s expulsion, when it sent him a query on his anti-party activities on Tuesday, it has been revealed.

Given 48 hours to respond, the Senate President knew the time was up as he quickly took the decision to join the Peoples Democratic Party, which he abandoned four years ago.

To be sure, he was already destined for the PDP, along with his protege, Governor Abdulfatah Ahmed, but the query made him to put the decision in upper gear and scurry out of the APC, with a one-line announcement on Twitter on Tuesday .

The APC NWC had on Monday sent him an unmistakable signal that he was next on the firing line, when it took the bold decision by stripping him of control over the APC structure in his home state of Kwara.

The NWC dissolved the executives of the party from ward to the state level and swiftly appointed a caretaker chairman belonging to the rival APC group being led by the Minister of Information and Culture, Alhaji Lai Mohammed.

Pundits said the decision, anchored on APC constitution, was a political master stroke.

The query sent to Saraki 12 hours after was to have dealt the cunning politician from Kwara state further humiliating blows, that will make his expulsion a routine affair on Thursday.

The APC asked Saraki to respond within 48 hours why disciplinary action ought not to be taken against him for breaching article 21 of the constitution of the party.

The party in a resolution signed by the National Secretary of the party, Mai Maila Buni, said the senate president had allegedly flouted the laws of the party with his activities.

Some of the allegations raised against him include that “you encouraged and facilitated by providing an enabling environment for the defection of some senators who are members of the APC to the other opposition Parties.

“That you have deliberately refused to screen nominees for appointments submitted by Mr President who are members of the party from being confirmed by the senate. This has caused untold embarrassment and ridicule to the party and the government.

“That you have organised a public rally in your state where members of the party urged you to decamp to PDP. That as a follow up to the above the Kwara state governor who is known to be your staunch supporter Had made public pronouncements suggesting that he will decamp from the party as an indicator to your formal defection.

“That you used the office of the Senate President to cause avoidable delays in the budgetary process and passage of the appropriation act into law thereby frustrating the implementation of the party’s manifesto and programs and frustrating the APC led Federal Government in the actualisation of the campaign promises of the party.

“Procuring joint letter of decampees from the APC and reading same on the floor of the senate including some who did not accede to defecting thereby causing embarrassment to the party.

“Inspite of the efforts to address grievances to reconcile aggrieved members, you worked against the process and encouraged the formation of an association which sought to impersonate and pass off the name of the party”.

The resolution demanded that the senate president respond to the allegations or face sanctions.

Rather than offering watery justifications for his action, Saraki decided to leave, in a hurry, to join his comrades in the PDP.

This may however be the first phase of unfinished battle between Saraki and the APC.

The second phase will be on the floor of the National Assembly. The APC senators, now want to reclaim the presidency of the senate from the political apostate, who on June 5, 2015 actually traded off the APC victory to the PDP, for the sake of his selfish ambition to be senate president.

With only a handful of APC senators present at the first opening of the Senate, Saraki betrayed his party, by securing the help of the PDP to become Senate President. He then made Ike Ekweremadu of the PDP, his deputy.

From then onwards, the APC journey into governance became a rocky affair. 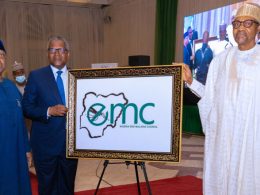 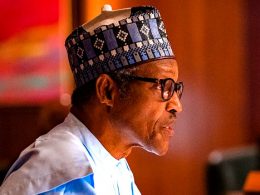 President Muhammadu Buhari has approved N24 billion for the National Agency for Science and Engineering Infrastructure (NASENI) for the execution of a smart modular irrigation project.
byLateef Idris
No comments

Honourable members of the Lagos State House of Assembly (LSHA) on Tuesday eulogized one of their deceased colleagues,…
byTayo Aderinola
No comments