Chairman of Lagos State All Progressives Congress (APC) Election Organizing Committee, Senator Uche Ekwunife on Saturday linked the massive infrastructural renewal across the State to political stability being enjoyed in the State, saying it was time for such to be replicated nationwide to facilitate growth and development.

Speaking at the well-attended congress of the party held at the party’s secretariat on Acme Road, Ikeja, Ekwunife particularly commended the seamless political transition and the peaceful conduct of members of the party throughout the congress, saying such political maturity was rare in the country.

Ekwunife, whose committee was appointed by the National Working Committee of APC to conduct the State congress, said it was time for the party to replicate the smooth political transition in Lagos nationwide.

“We are very glad to be here; we have been here since yesterday and we have been interacting with members of the State Exco and other party leaders. We also had stakeholders meeting yesterday and we stand to say Lagos State is politically stable. Not only that we are here to conduct the congress, we are going to suggest to the party that other states should take Lagos State as a model.

“Without having political stability, you can’t have massive infrastructure anywhere. So, when you are outside Lagos and you are hearing that Lagos is performing; Lagos is growing; Lagos is expanding in terms of infrastructure, it is just about political stability. And it is only in Lagos that you see a chairman of a political party that has been chairman for the past years and there is so much joy in him handing over.

She commended the outgoing Chairman, Chief Henry Ajomale for his commitment, zeal and trust in the party, saying that it was obvious that the progress of the party was paramount in the State.

Besides, Ekwunife said the congress conducted by her committee was the only authentic election to produce executives of the party in the State, saying any other one “is null, void and of no effect whatsoever.”

The congress, which was attended by the State Governor, Mr Akinwunmi Ambode; Deputy Governor, Dr Idiat Adebule; Secretary to the State Government, Mr Tunji Bello, among others, produced Alhaji Tunde Balogun as the new Chairman of the party.

In his acceptance speech, the new Chairman (Balogun) commended the APC National Leader, Asiwaju Bola Ahmed Tinubu and Governor Ambode for the political stability and development of the State.

“I like to appreciate the diligent, pragmatic and visionary Governor General of Nigeria, Mr Akinwunmi Ambode. Governor Ambode is blessed with an abundant physical energy. Apart from his clear vision of what he wants, the Governor goes about executing his programmes and projects with zeal and competence and that is why you find him in Surulere today; Ikeja tomorrow and like that everywhere,” Balogun said.

While commending members of the party for the confidence reposed in him, Balogun assured that the new executive, under his watch, would take the party to greater heights. 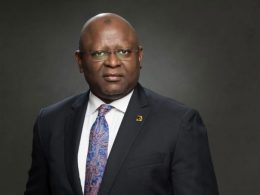 Managing Director/Chief Executive Officer of First Bank Nigeria Limited, Dr. Adesola Adeduntan, has advised financial institutions in the country to be vigilant and improve the monitoring of their customers’ loans in order to prevent the build-up of non-performing loans (NPLs) in the industry as a result of the macroeconomic challenges.
byTayo Aderinola
No comments

2023 Presidency: Tinubu Has All It Takes To Lead This Country – Lagos APC

The All Progressives Congress (APC) in Lagos has said that if the national leader of the party, Bola Tinubu,…
byTayo Aderinola
No comments

On the 9th of March 2021, 346 new confirmed cases and 6 deaths were recorded in Nigeria
byLateef Idris
No comments

The Senate on Thursday screened 14 nominees out of the 43 sent to it by President Mohammadu Buhari.…
byTayo Aderinola
No comments