Yesterday’s All Progressives Congress Local Government Area Congress monitored in Ikeja was peaceful and fairly conducted. The event started by 10am with the accreditation of delegates from ward A to F that makeup of the Ikeja Local Government. Over 160 delegates were accredited before commencement of voting ward by ward.

All the 27 positions were returned unopposed and a new chairman emerged as Comrade A.B. Dania vacated the position for Alhaji Dally Adekunle Adeokun who with other executives were voted for by all the delegates at the venue. Alhaji Adeokun an experienced administrator and party loyalist was the former Executive Secretary of the Ikeja Local Government Council. 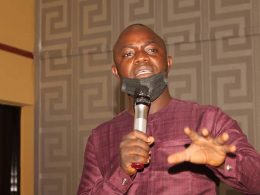 The Lagos State Christian Pilgrims Welfare Board (LSCPWB) on Sunday airlifted the second batch of pilgrims to the kingdom of Jordan.
byLateef Idris
No comments A 60-year-old grandmother and a pregnant woman were among those arrested during interdiction operations in which 5,527.15 kilograms of methamphetamine and cannabis Sativa, as well as 132,090 tablets of tramadol and 2,000 bottles of codeine, were recovered by operatives of the National Drug Law Enforcement Agency, NDLEA across five states and the Federal Capital Territory, Abuja in the past week.
byTayo Aderinola
8 shares
8
0
0
No comments

Prof. Charles Igwe, of the Faculty of Agriculture, University of Nigeria Nsukka (UNN) has advised farmers not to…
byTayo Aderinola
No comments 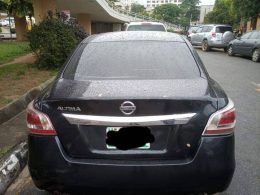