PDP has not learnt from past mistakes – Oduah

Sen. Stella Oduah has said it appeared the former ruling People’s Democratic Party (PDP) was repeating the mistakes that led to its defeat in the 2015 elections.

The senator representing Anambra North, who reacted to the Anambra state governorship primary, told the News Agency of Nigeria (NAN) that the party has started again to impose candidates for elections.

Oduah, a former aviation minister, who had formally complained to the leadership of the party, explained that due process was not followed in the conduct of the primaries.

Those in charge of the primaries, she alleged, imposed a candidate and disenfranchised other candidates and delegates.

“I am still waiting for the party to address the concerns and the issues that I raised, which boil down to the fact that the party constitutions clearly stated how primary elections ought to be conducted.’’

“Mine was very clear. I raised the alert when defects were noted.’’

She explained that she wrote to complain and to insist she would not going to be part of the process if her complaints were not addressed.

“It will be illegal and unjust to follow it to the end, it is like knowing that a hole is somewhere then you are blindly walking into it.

“Anything unjust is totally unacceptable to me and that is where we are now, waiting for the party to address those concerns,” she said.

She stressed that there was always penalty for disenfranchising party members and added that imposition and disenfranchisement were part of the problems of the party in the past.

She further said that if the party failed to address the concerns raised by her and some other contestants in the Anambra PDP primaries, then the party had not learnt from past mistakes.

“If the party fails to address these concerns it means the party has not learnt its lessons.

“I wish the party will revisit and address all concerns because when people are aggrieved and you are not concerned about those grievances, you are saying two things: “go to hell” and “there is nothing you can do about it”.

Cable News Network (CNN) has reacted to comments by the Minister of Information and Culture, Lai Mohammed, on its investigation into the shooting at the Lekki Tollgate in Lagos.
byTayo Aderinola
35 shares
35
0
0
No comments 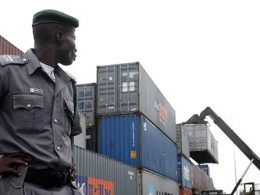