Nwosu counsels Giwa on leadership tussle
Acting President, Yemi Osinbajo yesterday met behind closed doors with the Minister of Sports and Youth Development, Solomon Dalung and the President of the Nigeria Football Federation (NFF) Amaju Pinnick at the Presidential Villa, Abuja apparently to discuss the NFF crisis and FIFA’s threat to ban the country from international competitions.

Pinnick and a few others said to be members of his NFF executive were seen at the Council Chamber before the commencement of the weekly Federal Executive Council (FEC) meeting, which held yesterday.

Though the agenda of the meeting was not made public, the parley with the Acting President, it was learnt, may not be unconnected with the threat by FIFA to sanction Nigeria over the leadership crisis rocking the NFF and alleged government interference.

Meanwhile, former Nigerian international, Henry Nwosu has pleaded with Chris Giwa to vacate the Glass House and allow the present NFF president, Pinnick to finish his tenure before making any move to take over the football house.

Speaking on the backdrop of the August 20 deadline given to Nigeria to resolve the issues or face FIFA ban, Nwosu said Giwa’s desire to lead the country’s football would only be appreciated if he followed the right part to achieve his mandate.

The former Golden Eaglets coach added that if Nigeria was thrown out of international football, the country’s youth football development would suffer, apart from the development putting Nigeria in bad light in the international scene.He believes the warring parties’ ability to resolve the lingering issues before Monday would show Nigerians that they are ready to put Nigerian football on the right part.

“I want to advise Giwa to contest in the next election because that is the only way we can find lasting solution to the issues. “The NFF warring parties should bear in mind that If Nigeria is banned, it would have a big effect on Nigerian youths seeking to expose themselves to the rest of the world. The Super Eagles would also risk not qualifying for the 2019 Nations Cup, as all football activities would also be crippled.“The parties should put Nigerian youths’ interest first before and avoid anything that would damage the nation’s football,” he said. (Guardian) 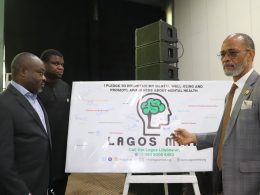 Lagos State Government has made known its plans to reduce by one-third, premature deaths in the State through prevention, treatment and promotion of mental health and well-being, in tandem with the Sustainable Development Goal for Health.
byLateef Idris
No comments 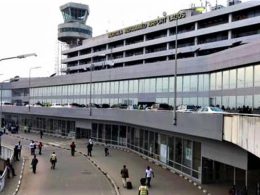 The Airline Operators of Nigeria (AON), the umbrella body of all airline companies operating in Nigeria, has said that henceforth, aggrieved passengers who destroy properties belonging to any airline or assault airline staff, will be arrested and prosecuted.
byLateef Idris
No comments 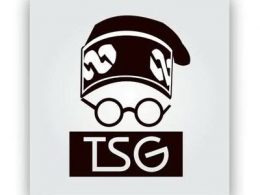 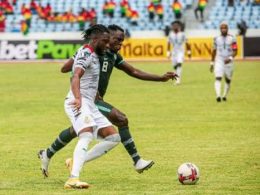 The Super Eagles of Nigeria suffered a 2-0 loss to the Black Galaxies of Ghana in an African Nations Championship (CHAN) first-leg fixture played on Sunday, August 28, 2022.
byLateef Idris
No comments