Vice President, Prof. Yemi Osinbajo, has spoken glowingly of Jim Ovia, Founder and Chairman of Zenith Bank, especially on his philanthropy and humility.

Osinbajo made the kind remarks at the public presentation and launch of Ovia’s book “Africa Arise and Shine” on Monday in Lagos.

According to him, the most economically successful people owe the society three taxes; the first is income taxes– personal income and corporation taxes.

“The second tax is the social tax-philanthropy-the obligation of the wealthy to give back to society; Jim Ovia is discharging the obligation of giving back to the society especially his investment in education and the training of thousands.

“I can testify personally because he is the Chair of the North –East Children Fund, a fund with which I am associated; a fund for building comprehensive learning centres for thousands of orphans in the North East of Nigeria.

“The third tax is civic tax; the obligation of the successful to write the stories; to share their experiences in order to admonish and to inspire the present and the future.

“The tax is a difficult one because the honest account of the life of the truly successful may not necessarily be from glory to glory.

“ I am personally impressed but not surprised by Ovia’s great success in the discharge of this particular obligation,’’ he said.

The vice president said he was not surprised that Ovia told his story honestly because despite great wealth and achievements, he was an exceedingly humble and self-effacing man.

Osinbajo said that like Ovia, the vast majority of Nigerians who were successful entrepreneurs did not begin from families of great wealth, great education or great privilege.

The vice president said that Ovia had nurtured a lot of people who became successful without fear that that might be greater than him.

Earlier in his remark, Ovia said that the narrative of Africa had been pathetic as it was always portrayed as a dark continent.

The author said that, in the past, Africa was presented as continent of military coups, corruption, conflict, hunger, among other negative things.

He said, however, that the narrative had changed as Africa’s Gross Domestic Product (GPD) had improved while internet penetration was high.

Ovia said that Africa had embraced technology same as Europe, Asia and America.

“There are great indicators to show that Africa is truly rising; we need to rebrand Africa,’’ he said.

The governors of Lagos, Taraba, Delta, Akwa Ibom alongside dignitaries from the political and business communities graced the occasion. 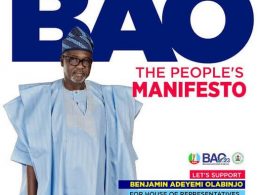 A former Special Adviser during the administration of former Governor Akinwunmi Ambode in Lagos State, Hon Benjamin Olabinjo has emerged as the candidate of the All Progressives Congress (APC) for the Ifako-Ijaiye Federal Constituency.
byLateef Idris
No comments

24 ships with petrol, other products expected at Lagos ports – NPA 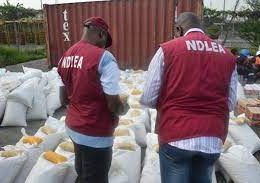 Operatives of the National Drug Law Enforcement Agency, NDLEA, have uncovered no fewer than Four Hundred and Forty Two (442) parcels of Crystal Methamphetamine concealed in heads of fishes packed in cartons for export to Dubai, the United Arab Emirates through the SAHCO shed of the Murtala Muhammed International Airport, Ikeja Lagos.
byLateef Idris
No comments 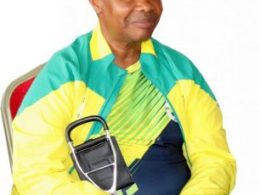 The Nigeria Police Force is set to unveil its sporting talents at the 13th Biennial Police Games scheduled to take place in the beautiful and serene city of Uyo, the Akwa Ibom State capital from 23rd – 30th November, 2022. The week-long historic sporting event is expected to be declared open by the Special Guest of Honour, the President and Commander in Chief of the Armed Forces, Federal Republic of Nigeria, President Muhammadu Buhari, GCFR. The event will also have the Executive Governor of Akwa Ibom State, His Excellency, Udom Gabriel Emmanuel as the chief host, and other very important dignitaries.
byLateef Idris
No comments